In drawing up my Greek Mythology Challenge list, I felt that I needed to choose something by Madeline Miller. Her 2011 novel The Song of Achilles won the Orange Prize but in the end I just could not face another representation of Achilles. Particularly as I had the vague notion that her portrayal was likely to be sympathetic. After this many retellings, I can’t see him as a hero any more. So instead I turned to Circe, oddly enough the first character from Greek mythology who I ever heard about. She featured in an audiobook on the car radio during a day out with a friend’s family when I was very little. It was some kind of children’s version of The Odyssey so the more gruesome aspects had been presumably excised but yet still I remember feeling frightened of this lady sorceress, casually turning men to swine. All these years and years later, I was intrigued to see if she could still cast a spell. 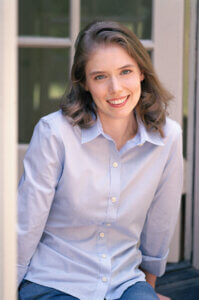 Eldest child of god of the sun Helios and the naiad Perse, yet Circe is the least loved of her four siblings and a lowly nymph to boot. Circe is an outsider among the immortals, mocked and ignored. She secretly shows kindness to Prometheus when he is punished for giving humanity fire and she later falls in love with Glaucus, a moral fisherman. As Circe discovers her powers, she makes Glaucus immortal but at that point, he spurns her and chooses another nymph Scylla to be his bride. Devastated, Circe turns Scylla into a monster who plagues sailors and the seas for generations. But then Circe is filled with guilt, confesses all and is exiled for her crimes to the isle of Aiaia.

I’ve posted before about the varying depictions of witches in literature and mythology. Circe is a particularly interesting example, best known as the enchantress who imprisons Odysseus and takes him as her lover. For an ancient audience, Circe is an example of what can happen if women aren’t kept in their place. For a modern one, her story sparkles with possibilities. The risk that any writer runs when seeking to write a figure from antiquity (or indeed from any point of history) is that one can all too easily stumble into anachronism. All too often I have begun a piece of historical fiction that I thought looked promising only to find that lo and behold another heroine who speaks her mind and gosh darn the consequences. The lens of feminism can obscure our understanding of the realities of their situation. In making her protagonist a shy and awkward young woman with a good heart, does Miller bring us closer or further away to the real Circe?

Miller’s mission seems to be to make Circe relatable. Her indignities are those of humanity. She is insulted, mocked, bullied, betrayed, exiled. She lives alone, she grows her crops, her space is invaded and she is assaulted. Take out the mythic element and Circe is really just one woman’s emotional journey. Is she believably of her own time though? I’m not sure but I think that Miller has managed her set-up to sidestep the issue. Circe is an outsider. Miller noted that Homer described Circe as speaking like a mortal. What Homer meant by that is unclear so Miller fleshes it out to rendering Circe neither fish nor fowl; she is an immortal who speaks like a human. If she seems unusual, it is because that is what she is.

I loved how Miller’s narrative takes its reader on a voyage through the highlights of Greek mythology. We visit her malicious sister Pasiphaë as Circe is called upon to assist in the birth of the Minotaur. Miller even manages to make this savage little beastie seem rather sweet. While there, Circe gets to meet Daedalus and we can see how his paternal love has left him utterly doomed. Even on her island, Circe receives visitors. Hermes is her occasional lover, as long as Circe never shows him any weakness or ever dares to be dull. Her niece Medea arrives one dark night, along with Jason and the Argonauts. Shipwrecked sailors stop on her island and when their minds turn to rape, she turns them into pigs. Until one day Odysseus arrives at her door.

We are used to thinking of Circe as a sexy sorceress. Emma Hamilton famously posed as such for George Romney. Miller’s vision of her is more nuanced. Homer described Circe as having beautiful braids but Miller notes that she chooses this hairstyle as most practical while tending her herbs. When I think back on Circe, it seems to be a story about love rather than a love story. It’s about how loving someone does not mean that you know them, or that you have rights over them or that they will ever love you. Circe loves her youngest brother from the moment of his birth. Yet he casts her off and she witnesses him become a monster. Circe shares a moment of understanding with Daedalus and mourns his sorrows but yet she recognises that she has no claim over him, ‘But in a solitary life, there are rare moments when another soul dips near yours, as stars once a year brush the earth. Such a constellation was he to me.‘ There is such a quiet and exquisite pain to those connections. I suppose in that respect, Circe is a study of loneliness. You can be lonely in the midst of your family if you are not valued. You can definitely be lonely locked up tight in your bond with your new baby. And then there is Odysseus. Beloved by Circe, the father of her child – yet does she know his true nature? It’s dubious. The trouble with Odysseus is that from his synopsis, you think he is a hero. And then you read the actual story.

Circe observes to the reader that she has heard how her tale has been told and that ‘Humbling women seems to me a chief pastime of poets‘. Listening to the most recent series of Natalie Haynes Stands Up For The Classics, I was struck by Haynes’ observation that in the original sources, women have speeches but that these are lost as the stories are adapted over time. Circe is incredibly rare in her role as a female character in classical mythology existing without male authority and Miller takes full advantage of this. Hermes jokes that nymphs are really only good for hunting and Circe glares. When sailors arrive at her island, at first they call her goddess as they are so grateful to see another human face. Then they ask where her husband is. Her father? Her brothers? An uncle? And when they realise that there are none such, they decide to take possession. No wonder she turned them into pigs. She was just revealing their true nature. Every so often, one breaks free of the pen and hurls itself off the cliffs. Their little pig faces squeal ‘sorry’ but Circe observes that they are just sorry that they got caught, ‘Sorry that you thought that I was weak but you were wrong‘. In Miller’s retelling, Circe does not kneel for Odysseus. She is never less than his equal.

Still, the aspect of the novel which resonated the most strongly for me was its depiction of Circe as a mother. Reading this a little over a year after becoming one myself, I recognised the way that she ‘did not go easy to motherhood. I faced it as soldiers face their enemies, girded and braced, sword up for the coming blows. Yet all my preparations were not enough‘. Circe only knows the ways of immortal infants. She makes twenty swaddling cloths for her coming child and thinks herself ready. These do not even get her through the first day of her son’s life. Ah Circe, no number would have ever been enough. The claustrophobia of colic, the way that you miss your pre-motherhood self even as you fall ever deeper in love with your child. It is rare to find the chaos of the newborn phase presented so vividly in fiction.

The centuries pass as Circe serves out her exile on Aeaea but while her immortality gives her an unbeatable vantage point to observe classical mythology’s major events, it also proves a heavy burden for her to carry. I was impressed at how Miller has created a story from a wide variety of sources which is both her own and also still has contemporary relevance. Circe has been one of the undoubted highlights of my Greek Mythology Challenge, granting a voice to the forgotten females of classical mythology and managing to do so without being incredibly depressing. Vibrant, uplifting and celebrating what it means to be truly human, Circe is a magical read.