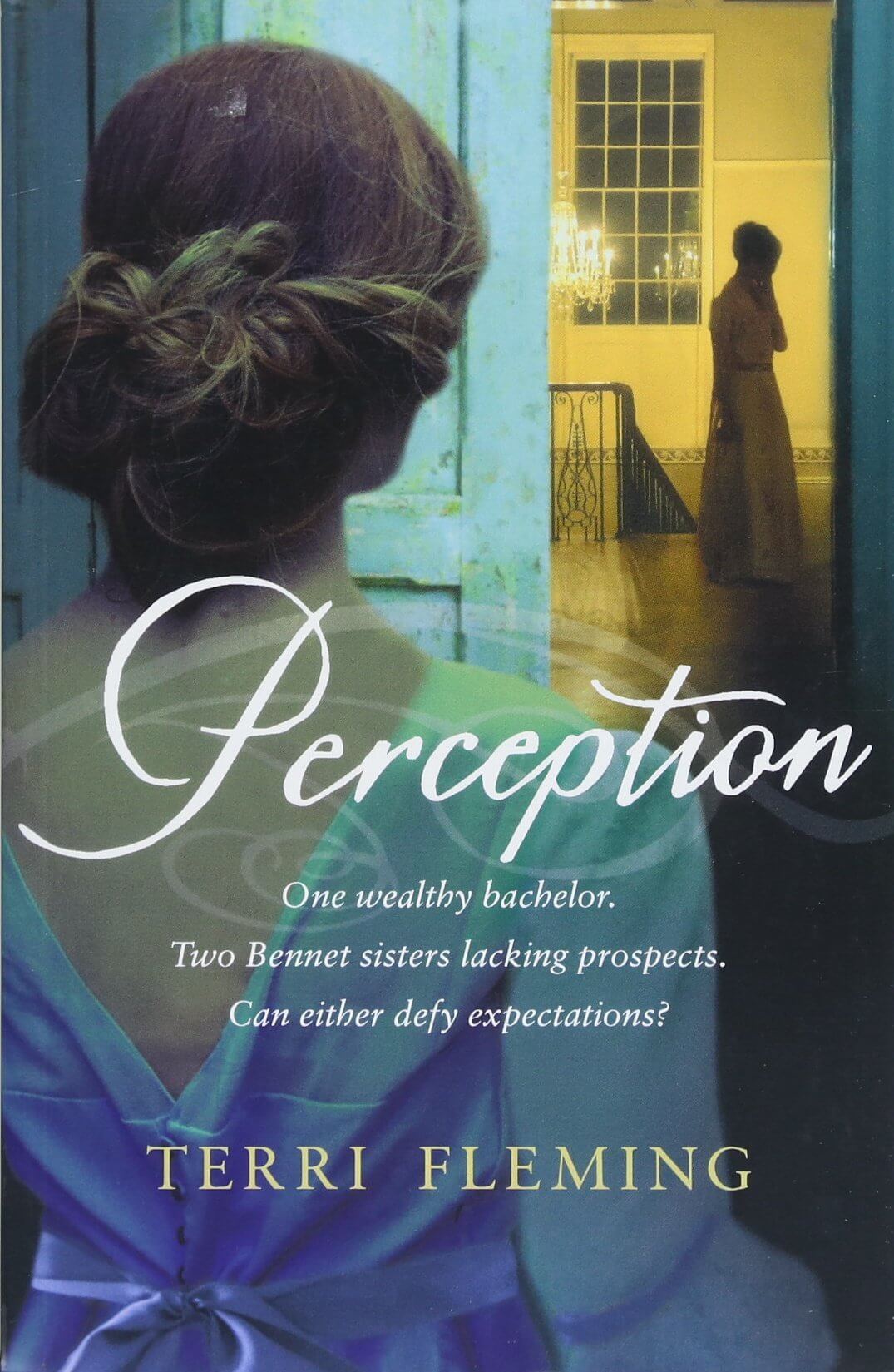 I have to applaud Terri Fleming in her choice of title for her spin-off novel – it’s very Austenesque. Picking up on the lives of the two remaining unmarried Bennet sisters, it is another example of the Mary-centric fan fiction which are currently in such vogue. I have only recently become aware of the heaving market of Pride and Prejudice variations and sequels which by far eclipse all other Austen novels in the spin-off market. In this story, Mary and Kitty remain with their parents and then one day some exciting news arrives – the handsome young heir to Cuthbert Park has returned from abroad. Why yes, that’s a single gentleman of fortune and so we all know what it is of which he must surely be in want. 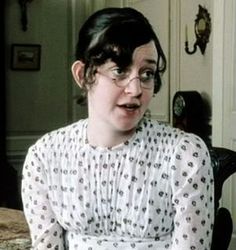 The premise of the novel is that Mary Bennet has put aside thoughts of wedlock. She hopes only for a roof over her head, a piano to play and some books to read. While Kitty may skip about and come close to getting her head turned by the various local gentlemen, Mary has her eyes set on more serious matters. Her mother naturally has other ideas. Indeed, Fleming has a fair amount of success in conjuring up Mrs Bennet, still clamouring for attention in the household and gamely attempting to corral her daughters into marriage. However, from here I felt that the book rapidly became unstuck.

The main issue with so much of the Mary fan fiction is that the authors are trying desperately to make Mary into a Cinderella and … she just isn’t one. Mary Bennet is the girl who made loud, vapid and insensitive comments throughout Pride and Prejudice. When Elizabeth expressed concern over Jane’s illness and set out to call on her, Mary told her that this was not a good use of reason. She does not care about others. She is not kindly or sweet-natured or any of the other character aspects traditionally associated with Cinderella. Mary is devoid of charisma or independent thought. If she is to play the heroine, certain things have to change. And so, in Perception, a lot of things do. 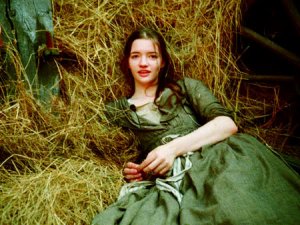 On her father’s recommendation, Mary is asked to catalogue the library at Cuthbert Park. This naturally throws her into the path of the single gentleman of fortune and of course they fall in love. The whole ‘setting aside thoughts of wedlock’ does not last very long. However, the gentleman’s mother has her eyes set on a higher prize and so we have the necessary stumbling block to the couple’s ever-lasting happiness. I have read several pieces of Mary fan-fiction now and they all seem to feature a handsome young man materialising to draw her out of her shell. Following a misunderstanding, Mary flees in emotional anguish to her married sisters in Derbyshire. No Pride and Prejudice sequel is complete without a return visit to the original players. Mary plays with her nieces and nephews and discovers that There Is More To Life Than Books. Her sisters lend her new clothes and give her a makeover. Afterwards Jane announces in delight that is amazing what a a new hairstyle can achieve. And at this point I had to set the book down and breathe since the whole ‘new hairstyle’ cliche is one of my personal pet peeves. The whole thing reminded me very strongly of the Harry Potter fan fiction trend approximately fifteen years ago which had Hermione decide books were well boring, crack out the hair-straighteners and then morph into Avril Lavigne. Mary Bennet suddenly becomes the belle of the ball and all the gentlemen fall at her feet. All because she had a haircut. Sigh.

The reason why I loathe this trope with quite such a passion is because it implies that social awkwardness can be wiped away with an aesthetic change. Something which is routed internally requires more than an external fix. I loved the book series The Princess Diaries. It is a witty and engaging series about an angst-ridden teenaged girl. However, the film was a travesty in how it implied that simply straightening Mia’s hair turned her into a whole new person. Mia’s characterisation remained utterly consistent on the page but on the screen we were unable to ignore that she was actually Anne Hathaway, beautiful and assured. If you are already confident and comfortable in your skin, a good haircut has the power to lift you up and make you walk out the door standing tall. Because of that, it may be hard to imagine what a minefield they are for people who feel less sure of themselves. In Eleanor Oliphant Is Completely Fine, Gail Honeyman plays with the ‘good haircut’ cliche by having it be more about Eleanor reaching out and accepting kindness, therefore making it a moment about an emotional connection. In short, more going on beyond the external. Eleanor’s problems remain and the haircut is just a pit-stop along her journey towards healing. There are no such nuances with Perception.

Of course the other reason why the ‘good haircut’ cliche is out of place is that this is a novel dealing with Austen characters. Austen had absolutely no truck with personal appearances and the only time that hair ever gets mentioned is to imply that the character in question is insufferably vain. The residents of Highbury express disquiet when Frank Churchill goes all the way to London to get his hair cut and although we subsequently find that this was a ruse, it is an early indication of his trivial character. Later he also passes comment on Jane Fairfax’s hair but this is again a deception. In Persuasion, Sir Walter Elliot decides that he would be all right with being seen with Admiral Croft but only provided that the Admiral got his hair fixed properly first. Austen was suspicious of those who spent too much time spent fretting over their hair.

I tried to look at Perception away from its associations with Pride and Prejudice. Other than the voyage to Derbyshire, the plot is a pretty basic Cinderella narrative with Mary in the starring role and Lady Sandalford as fairy godmother. This Mary is meek, eager to please and handy with small children. She blushes to think of her former self. She is so deserving that she is even turned abruptly into an heiress. Other than Mrs Bennet, none of the book’s characters bear much resemblance to their original counterparts. Where Kitty was whiny and insipid, here she is charming and wise. After turning away from the handsome gentleman with the possibly impure intentions, her ultimate marriage outshines even that of Elizabeth. Fleming’s Mr Bennet is warm-hearted and you can practically see the twinkle in his eye. Darcy is dull as ditchwater and informal to boot. Indeed, all of the characters bandy their first names around in a way that made my toes curl. If Austen’s Elizabeth continues to refer to her husband as Mr Darcy, the idea of him casually saying to new acquaintances to call him Darcy or Fitzwilliam is painfully unrealistic.

In its own right, Perception is a run-of-the-mill slightly anaemic Regency romance. Structurally, it sags a bit having to deal with two sisters and I can see why most sequels focus on one. The biggest issue is that the book just cannot live up to its forebear. I could not suspend my disbelief around Fleming’s decision to have Mary and Kitty’s marriages be of such magnificence. This is the whiny Bennet sister and the unpleasant one. Are we really expected to believe that they suddenly became such eligible brides? Austen stated that Kitty married a clergyman and Mary a clerk. Not poverty, not spinsterhood, not a life spent living on the charity of their sisters. They were allowed respectability. They were not expected to gain renown. Austen’s version of their fates remained within the realms of realism for two such forgettable characters. I could not engage with Perception because I could not recognise its principal players as having any resemblance to their ‘true’ counterparts.

However. Having said all of that. I’m having a really rough run of spin-offs lately and I’m starting to think that it’s me rather than them. Other people seem to be able to look past the plot contrivances and the cliches but for me, it grates. Like many Austen fans, I feel passionately that my interpretation of her work is the only correct one. Because I cannot conceive that Austen was ever a writer of romances (and indeed she declared herself that she did not write such things), a book like this, sheared of Austen’s wit and social commentary and relying on the ‘good haircut’ cliche which I despise … Well, Perception was never going to be a book that I could enjoy. This is one occasion where in my capacity as book reviewer I am throwing up my hands. No, I didn’t like it, but if you enjoy romances and you aren’t too bothered about character continuity then by all means, give it a whirl.

Austen in August Review: The Other Bennet Sister, Janice Hadlow