I am distinctly behind the curve on this one – this was the book everyone went nuts about last year.  Highly compelling, this is another intriguing take on the amnesia-thriller – other examples include Before I Go To Sleep, Elizabeth Is Missing and Memento.  In this instance, the would-be crime-solver Rachel is hampered by her alcoholism which leads to regular black-outs, meaning that her recall of events is distinctly shaky.  Long-term commuter Rachel has been in the habit of looking out the window of the train, particularly on a certain part of the track where the signal is faulty and the train often has to pause.  The houses back on to the train-line and Rachel is unable to bear looking down to number twenty-three, her own old home where her ex-husband now lives with his new wife.  Far better to gaze at number fifteen, where a young couple lives who Rachel imagines to have perfect lives.  Christening them Jess and Jason, Rachel pencils in the details of their daily routines with hungry jealousy – until one day, she sees something shocking that shatters her illusions.  An angry and drunken confrontation and accompanying blackout ensue leaving Rachel with only scattered memories – a blue dress, a man with ginger hair, the train underpass and … blood.

The Girl on the Train reminded me of Gone Girl.  Two psychological thrillers surrounding a missing woman, the narrative chopping between different characters and a host of not-very-nice characters.  Rachel is not an easy heroine – she is prickly, angry, irritable and incredibly self-destructive.  She lies, even to herself, she resents sympathy and the pity of others but yet seems unable to take control of her life.  And she has a propensity for drunk-dialling which is not a good look for anyone.  When she sees ‘Jess’ in the garden with a man who is definitely not ‘Jason’, Rachel is full of outrage for Jason, having been in that position herself.  But when ‘Jess’ (real name Megan) goes missing, Rachel becomes convinced that only she holds the key to proving ‘Jason’ (real name Scott) is innocent of any involvement.  Convinced that Scott would never hurt his beloved wife, Rachel attempts to strong-arm her way into the investigation, believing herself to have a keener knowledge of these people that they have of themselves. 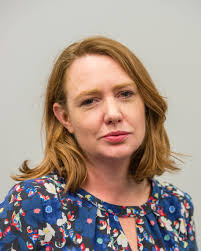 Taking up the other strand of the narrative is Megan, picking up around six months or so before Rachel, so the reader observes as Megan wanders unaware towards her disappearance, meaning that we can draw our own conclusions over whether Rachel’s instincts are valid or not.  We see from early on that not everything is as perfect for Megan and Scott as Rachel believed and that Megan was not quite the dutiful wife.  A third narrator comes in later, Anna – one-time mistress and now wife to Rachel’s ex-husband Tom.  We see Rachel through both their eyes – as the casually referenced ‘Tom’s crazy ex’ by Megan and by Anna as a vanquished foe – fat, crazy, prone to violence.  Shinier, skinnier, Anna is proud of her new situation as mother to Tom’s child and has nothing but contempt for poor, drunk, fat Rachel who just won’t move on and leave them alone.  Not even Rachel’s flatmate/landlady Cathy has much patience for her any more – the lifestyle of the semi-functioning alcoholic is laid bare in all its pitiful oblivion – vomit on the stairs, piss-soaked knickers in the hallway, blood all over the kitchen from where a drunk Rachel tried to cook, bottles hidden everywhere, vitriolic emails and voice-mails left on Tom’s computer and mobile.  Rachel has hit absolute rock bottom – she has absolutely zero credibility as a witness, dismissed by the police as a crack-pot.

When one character finds Rachel’s notebook full of theories about the crime, they sneer at her for the attempted Nancy-Drew tactics.  There is the heavy possibility that this is all in Rachel’s head – by placing her main narrative in the hands of an alcoholic, Hawkins is taking a real risk.  With Rachel’s own extremely shaky memories of the night in question, there is even a possibility that she herself is responsible; this was a theory that I wished had had more page-time.

While Gone Girl is a classic he-said she-said narrative, The Girl on the Train take a far more female-centric approach.  The reader is not sure what to make of Megan’s husband Scott – is he the perfect husband that Rachel believes or is he a more complex figure?  Rachel remembers Tom as the perfect husband who she drove away with her drinking and unreasonable behaviour.  Anna thinks him a prize well worth the winning.  Even the psychiatrist who Megan has been seeing is an ambiguous figure.  The women by contrast are far more clearly fleshed-out – Hawkins makes far more of how they relate to each other.

Anna loathes and despises Rachel, the pathetic ex-wife who should have been long ago consigned to history.  She delights in her own appearance, her own baby, the looks she gets from other men, the pride she can take in her family.  The outsider Megan thinks Anna is bland and boring, a pathetic wife with no life outside the house.  Rachel cannot stand being outside the life she once had and instead tries to dream her way back into a house she has been shut out from.  She still loves Tom – so her hatred is focused on Anna, and also Megan who does not seem to appreciate what she has.  It is interesting to read a book where the rivalry is so female-based.

Being honest though, I found this book a little under-whelming.  I understand that addiction is a disease that many people struggle to overcome, but Rachel’s self-delusion made it hard to keep patience with her, particularly because Hawkins has created a very convincing character who is unable to take sympathy well.  You could feel for Rachel and really not want to have much to do with her.  Similarly, I couldn’t stand Anna – I have never been able to warm to characters who commit adultery, it’s the Puritan in me I guess but Anna’s line about it being a ‘turn-on’ for a married man to prefer her to his wife just seemed ludicrous.  I’ve heard girls say that before in real life and I’ve thought they were idiots then – what’s the triumph in ‘landing’ a guy who proves from the get-go that he has no integrity?  It’s just pathetic.  And unhygienic.  As for Megan … Rachel liked her less and less as her investigation and went on and I think the reader was intended to do so too.  I could feel sympathy for her and she certainly didn’t get what she deserved but she still wasn’t a character to warm to.

The finale to the thriller also felt slightly rushed – I can imagine it working slightly better as a film and indeed with Emily Blunt in the lead, it does have potential (although whether Emily Blunt can ugly up for the role is another question).  There is no doubt that this was an inventive take on the missing-woman plot and that Hawkins was a skilled writer, pitting her characters against each other and using these warring perspectives to give the reader a chance to draw their own conclusions – it’s just that I have a feeling that I wasn’t quite the right reader.  Definitely worth a look.

2 thoughts on “Review: The Girl on the Train, Paula Hawkins” 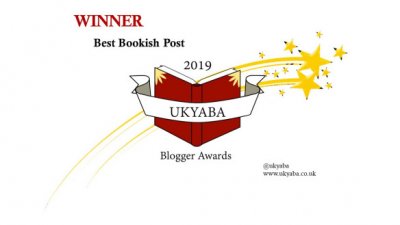