Sarah Winman’s first novel When God Was A Rabbit was one of my Christmas books about two years ago but – pay attention to this – I gave up on it.  Regular readers will no doubt have taken a gasp of disbelief at this point.  Girl with her Head in a Book Does Not Quit.  Except for the times when she does – I have also given up on Mitch Benn’s Terra (too twee), Fannie Flagg’s The All Girl Filling Station’s Last Reunion (just yawn), but those were library books.  It’s something else when I can’t be bothered to get to the finish line of a book which I actually own.  The thing is … I can’t remember what it was I lost patience with.  Still it was with mixed feelings that I received my copy of A Year Of Marvellous Ways from the lovely people from Bookbridgr.  Despite similar whispers of magical-realism in When God Was A Rabbit, this novel clearly represents a departure for Winman and she has created a vast and winding fairy tale with a cast of quirkily named characters.  I would definitely award an A for effort.  Further than that?  Well.

I read this book while on my holidays and effort was the keyword which came across.  It felt like hard work, as if Winman had spent a great deal of time planning and thinking and considering, so much so that her fingerprints remain highly visible in each sentence.  She kicks off her action in Cornwall, 1947 – surely a time when the world would have been receptive to fairytales.  The titular character is Marvellous Ways, daughter to a mermaid but now grown old.  Marvellous is waiting for something, and that something appears to be the arrival of Francis Drake (not that Francis Drake), a broken-hearted ex-serviceman on his way to deliver a letter and in search of solace. 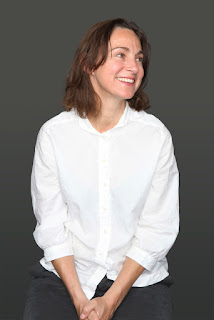 This is not a classic novel with a beginning, middle and end – the narrative is fluid, Marvellous’ reminiscences dance back and forth and each of the characters’ full stories unfold gradually.  Marvellous has lived a long life with loves aplenty and loss unforgettable.  There are so many lovely phrases, such as Marvellous’ description of her first kiss which ‘lasts til dawn’, or how another character’s journey is long because they know that nobody is waiting for them.  Winman’s three main characters are a cluster of orphans of murky origins, with Francis remarking that he has his father’s hands since he knows very well that they are not his mother’s.

Having been a long-term fan of 1940s fiction, I found Winman’s wanderings into the period rather odd.  At first, it felt more as if she was making use of the period because it ruled out modern technology but then Winman roped in Missy, the somewhat damaged object of Francis’ affections.  Missy’s shame over her wartime promiscuity mirrors Francis’ horror at what he witnessed in the war – the question of how one recovers from past trauma hovers over the novel but never quite takes root.

Marvellous’ isolation and old age make her a rambling narrator and her stories are clearly intended to be disorientating, but still, there was a sense of confusion about the way the novel connected up.  The interweaving stories joined up in a way that felt too unconvincing, their very circularity displeasing.  The way in which Winman had named her characters seemed too forced, too creative, too much like writing – one of them is even called Peace.  I was unable to truly suspend my disbelief and lose myself in the novel, even though I could tell that Marvellous was intended to be a hypnotic narrator.  It felt more than anything that Winman trying to be Angela Carter in this novel, that she was using fancy phrases and sensuous language to distract us from a book which at its core does not quite hang together.

3 thoughts on “Review: A Year of Marvellous Ways, Sarah Winman”