I have adored Meera Syal for years wherever she has turned up, whether she is being an actress, comedienne, cultural commentator or even being Granny on The Kumars at No. 42.  Strangely however, I had never read any of her books until now.  Still, a combination of hearing that Anita and Me had made it on to the GCSE syllabus and receiving her new book The House of Hidden Mothers on Netgalley made me decide to find out more.  I had always had the idea that this was a memoir but although it does fall into the fiction category, it is plain to see that it comes with a hefty dose of Syal’s own personal experiences.  The central character, the ‘me’ of the title, is ten year-old Meena and the reader ambles alongside her as she navigates life as a second-generation Punjabi immigrant in a 1970s mining village near Birmingham.

At first this seemed like a simple fish-out-of-water novel.  Meena is the outsider within the village, looking up to her friend Anita and longing to be a ‘Tollington wench’.  On the other hand, she finds it difficult to live up to her parents’ expectations of being the good daughter.  Meera has no idea of who she wants to be – she is apparently ‘too mouthy, clumsy and scabby’ to be Indian but too Indian to be British.  Over the course of the book, Meena chases about after Anita, causes mayhem, experiences heartbreaking betrayal and searches for her own sense of self.

There is so much to enjoy here – oddly for a book set in the 1970s, I was reminded of my own childhood.  I grew up in the 1990s but have been struck ever since how I was part of the last generation to experience a pre-digital upbringing.  During my time as a primary school teacher, I was shocked by how disconnected the children I taught were from the world around them.  When I was Meena’s age, I was living in a not-that-nice ex-council house with my mother and was never allowed to play out (suspicion lingers that one of the families in the local area burgled our house in 1992).  While I cannot relate to the conflict between Meena’s Punjabi heritage and her desire to conform with those around her, I do remember that feeling of being the outsider.  Finding a place to ‘be’ is not easy.

The theme of ‘home’ runs through the book.  Meena explains excitedly to her baffled British neighbours the difference between the ‘Aunties’ and ‘Uncles’ who visit the house and her true blood relatives back in India and we sense Syal herself poking affectionate fun at her own relatives here as she remarks on how they appear to find nothing strange in immediately inviting newly arrived immigrants home to stay and offering them a copy of ‘Situations Vacant’.  Yet still, the horror of the conflict which drove Meena’s parents from their homeland comes as a shock to their daughter and is a further way in which her experience as the second-generation immigrant contrasts with theirs.  However, the end of the novel reveals that a secret other immigrant has lurked in their midst for all this time – an interesting commentary on the evolving nature of multi-cultural Britain. 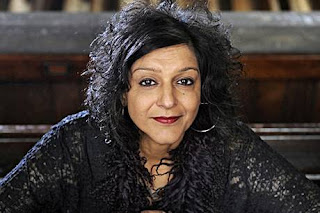 Meena feels her parents hopes and expectations, their determination that she will pass her Eleven Plus and reward their sacrifice.  She knows that although she can shrug off her family’s scoldings, to be told off by a white person disgraces the whole Indian nation.  Yet still, Meena is seduced by the ersatz glamour of Anita – at least until her world flips and she comes to see the ugly underbelly to her community.  The parallels with To Kill A Mockingbird are many and even referenced when Meena gives a copy of it to her friend Robert with the complaint that it was a far too heavy read. Syal herself submitted it to the Cultural Exchange, describing it as the book which first made her understand that racial hatred is more about those who exhibit it rather than those who are targeted by it.  Meena’s shock at hearing racial abuse in Tollington mirrors Scout Finch’s devastation on witnessing Maycomb’s dark core but this novel never goes anywhere quite as murky as Mockingbird did.  From her grandmother, Meena learns Punjabi, connects with her heritage and finally embraces her roots – but what has truly turned her away from Anita is the glimpse of her former heroine’s true viciousness.

In many ways, although race is of course a huge element of the novel, this is more a story about family ties.  Meena is surprised to realise that Anita’s mother has disappeared, that the mad Cara has been ‘taken away’, that Robert is gone from her – and so she holds the tighter to her family and to her own true self.  The mark Meena leaves on Sam Lowbridge’s memory, the truth that she tells to the police – as the novel closes, we have a sense of a girl becoming a young woman and leaving childish things behind.  It was a strange thing to read of Meena’s decisive forgetting of certain episodes, not because of any wish to airbrush her own history but rather because some events, some people, are not worth remembering.  We set some things down and we erase them.

I adored this book – Syal has made a highly fallible but still very engaging heroine in Meena and for all her flaws, I found myself really rooting for her to do the right thing.  There is a rueful quality to much of the humour but Syal writes with such self-deprecating wit that even the sadder moments of the novel finish on a happy note.  When I worked in a secondary school, I remember helping students write essay plans for their GCSE coursework on Of Mice and Men and while that novel has its redeeming features, I found myself slightly jealous that now Anita and Me has made the syllabus in its stead.  I made so many notes on this novel while I was reading it but more than anything, it felt like a book about growing up, about making choices based on one’s own conscience and building a version of yourself that you can look at in the mirror without flinching.  A novel that will definitely stick in my mind.

One thought on “Review: Anita and Me, Meera Syal”