Generally speaking, I have tried and generally succeeded in not running repeat-lists, something which I am pleased with given that I’ve been doing Top Ten Tuesdays for over a year now.  However, since I did my first Top Ten Fictional Villains list, more and more have popped into my mind and so I have decided that this category has earned a re-run.  Recycling categories won’t be a regular thing – I still have a good fifteen or so new lists in draft.  These are the villains who deserve recognition for their ability to raise a shudder and cause mayhem wherever they go. 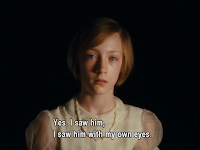 Briony’s crime is agonising to read, she commits her crime with the cold-blooded self-justification of the child, condemning herself to a lifetime of harrowing guilt.  And yet, we realise that as Atonement is revealed as Briony’s own creation, as an act of penance and also escape from the worst of the consequences, Briony has written herself as worse than she was, just as she has made Cecilia more beautiful and Robbie more virtuous.  Briony’s villainy is self-confessed, condemned by her own hand – yet she spun herself into the mess with the far-off logic of the writer, just as Atonement is her desperate attempt to flee the tragedy she unleashed.  Beware those who tell stories.
Gil-Martin, The Private Memoirs and Confessions of a Justified Sinner 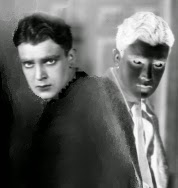 I first heard this story on Radio 4 when I was about twelve and it was with great excitement that I read it in my first year at university.  It’s a terribly Scottish horror story with lots of swirling fog and moors and offers a satirical critique of the concept of Calvinism and predestination.  The question of whether Gil-Martin is real or just a construct of the protagonist’s own fractured psyche is never clear but it does expose the cruelty of unyielding religious conviction in excusing what should never be excused.
Lady M, The Scottish Play
You know the play I’m talking about right, rhymes with sack-death?  Let’s not type it out – no one needs that kind of bad luck.  That play does seem to have been like The Exorcist of its time and I am taking no chances.  Lady M is the one who pushes her husband to the bad deed, making a rather vomit-inducing allusion to smashing in a baby’s head along the way, so that when M actually does kill the king, it is naturally all her fault really.  It’s like Eve and the Apple all over again.  Like Eve, Milady of Glamis and Cordor has passed into legend as a byword for being a power behind the throne – but evil.  Was she really more guilty than her husband?
Mr Hyde, The Strange Case of Dr Jekyll and Mr Hyde 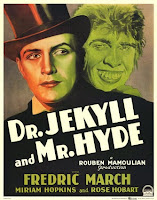 Kind of like Frankenstein’s Monster (Frankenstein is the doctor, not the monster), Edward Hyde gets something of a rough press.  He is after all the offspring of his creator – Dr Jekyll devised him because he wanted to dine out in ‘French eating-houses’ and other down at heel sort of places without getting caught.  But if Jekyll was the ‘good’ side, why was he even wanting to do that in the first place?  Hyde is suspected by Jekyll’s fellows to be the good doctor’s illegitimate child or else some dreadful young man who has imposed on Jekyll via some kind of intimidation.  But he is neither – he is an invited guest and Jekyll’s inability to get rid makes an interesting point about giving into our own darker instincts.
Cruella De Vil, 101 Dalmatians

Disney really distorted the representation of this character.  I mean, as soon as you say the name, the chords of the song start up in my mind – Cruella De Vil, Cruella De Vil, if she doesn’t scare you, no evil thing will … I actually don’t remember a great deal about the cartoon version although I did love the Glenn Close version.  I saw it at the cinema for one of my birthdays and sobbed through the dramatic parts – I was about nine, but scared easily.  She is a fabulous creation though, a true pantomime villain within children’s literature.  The sequel The Starlight Barking was forgettable for many reasons but not least because Cruella was not involved.  With a career that started off being expelled from school as a child for drinking ink, Cruella is a woman to run away from.
Satan, Paradise Lost 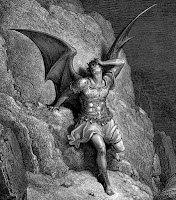 I have mentioned before that I am a Christian.  As a rule, I think God is rather amazing.  But when I had to read Paradise Lost in my second year of university, I started to feel that really, all of this punishing Satan business was a bit … off.  While John Milton may have written Paradise Lost with the intention of teaching people all about God and generally writing a pro-Christian sort of poem, instead he found himself charged for all eternity for being ‘of the Devil’s party and knowing it not.’  Milton’s Satan remarks that it is better to rule in Hell than serve in Heaven and he works really hard on building a weapon to take on the Heavens … so then God drops a mountain on him, Game Over.  It’s just not fair.  I think it’s interesting how changing perceptions of faith and God himself have led to a shift in how we represent these figures and how even as a villain, the figure of Satan has altered in our collective imagination.  Still, although I perhaps had Sympathy for the Devil in Paradise Lost, I knew it was just Milton’s story – I still think God is amazing.
Iago, Othello 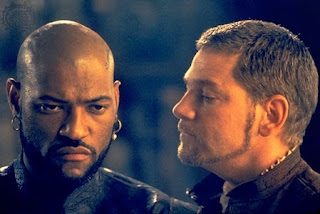 I had to study Othello for A level.  Hated it.  I’m allergic to violent paranoid arseholes who listen to their manipulative friends over their wives so find it difficult to summon up sympathy for Othello.  I know that he’s being marginalised but his problems would have been solved if he had listened to Desdemona when she told him that she loved him and him only.  It’s hard – I get that recently Othello has lots of interesting points about racial prejudice but to be honest, I get so infuriated with the lead character that I read it rooting for Iago.  He has a sense of humour.  I get that he’s a ghastly person but … Shakespeare wrote him with some excellent one-liners.  I find Hamlet almost as annoying as Othello (it might be equal but nobody ever made me study Hamlet) but the villains never felt as distinctive as in this play – Iago steals the show based on charisma.
Richard III, Richard III 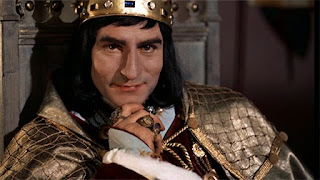 In our apologist post-car-park era, Mr Shakespeare appears to have a lot to answer for.  Supposedly through writing one play (a very good play), he destroyed Richard III’s reputation for half a millennium and only now are we becoming smart enough to realise that Richard III was in fact a noble medieval warrior, basically like King Arthur only real.  Hem hem.  Look, the Tudors weren’t saints and they definitely were responsible for some fairly fancy footwork in seeing off the last of the House of York but … a lot of what they said about Richard looks fairly accurate.  Maybe his arm wasn’t withered but the scoliosis was noticeable.  As for the Princes in the Tower – going from past events, the House of York did not have a particularly strong record on being loyal to itself (George Duke of Clarence, Warwick the Kingmaker – nobody stuck to their allegiances).  It would be folly to say that there were any medieval monarchs who ruled without blemishes, and even if they did manage it (possibly Henry VI), then it was only because they had somebody else doing their dirty work for them (Margaret of Anjou).  Being a medieval monarch meant making hard choices.   And anyway, Richard III is a fantastic play, it is the first Shakespeare play I ever saw onstage and while Richard III is an obvious caricature, as soon as he starts up ‘This is the winter of our discontent‘, I get chills.  Historical fiction at its very best.
Bill Sikes, Oliver Twist 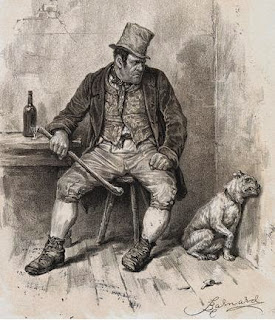 Dickens is good at villains – Scrooge is another fantastic one but he does do quite the volte-face so it didn’t feel right to include him.  I thought about Uriah Heep because he creeped me out so much when I watched David Copperfield (thank you, Nicholas Lyndhurst) but I haven’t actually read that one yet (it’s on the Classics Club List) so instead I have Bill Sikes.  I really hated the character Oliver Twist, I thought he was one of the most loathsome little brats I had ever had to read.  But still.  I wanted him to be rescued from Bill Sikes because Bill is mega evil.  He killed Nancy.  Although there is an awful lot of dastardly deeds in Dickensian fiction, it is surprisingly rare to have out and out murder.  This act of violence sends shudders through the whole book – he has an additional layer of terror since we know that unlike with the more slapstick figures such as Cruella De Vil, we know very well that Sikes has counterparts in real life and that they too are capable of terrible deeds.
Milo Minderbinder, Catch 22

Catch 22 is quite the exhilarating ride about the caricatured horrors of warfare.  Forget nobility and camaraderie and fighting for freedom – in Catch 22, it is very obvious that being at war sucks.  There are many villains around, not least the idiot in charge who keeps raising the number of missions and won’t let anybody go home.  But my personal least favourite has to be Milo Minderbinder.  Milo is determined to get rich via the war although he has no intention of dying trying.  As with many (most?) of the characters in Catch 22, he is hyperbolic but still highlights the way in which war is fought for a profit, not least when he bombs his own airfield to collect a fee from the Germans and then is rewarded for collecting such a fine profit.  Milo is evil because he has no concept of being evil – he thinks that his actions make perfect sense.  Cover your children’s eyes – he’s like Rupert Murdoch but he has access to guns!
Share this post ...
(Visited 591 times, 1 visits today)

Top Ten Ways I Would Re-Invent The Classics

Ten Characters To Invite To A Dinner Party