One of the chapters in this book appeared in an anthology of ‘Funny Stories’ that I had as a child, so the first time I started this book, I was eleven.  However, the copy I was using as a huge hardback from the school library and my interest began to ebb.  While I still think nothing of putting three normal-sized books in my bag before I leave the house, somehow one large book tends to put me off.  In the end, I abandoned My Family with some regret.  However, last year I discovered a very small and very battered Penguin edition in the Basildon Books for Free Project and I nominated it for my Classics Club Reading List.  And so here we are.

For those who are unfamiliar, My Family and Other Animals is a humourous memoir of Gerald Durrell’s childhood spent in Corfu between 1935 and 1939.  Durrell grew up to become a celebrated naturalist and used his writing to fund his expeditions but this is the book for which he is best known.  It is a hugely affectionate portrayal both of an idyllic childhood spent chasing after the rich variety of wildlife which Corfu had to offer but also of his mother and siblings whose behaviour was frequently as extreme as that of the animals who Gerald studied. 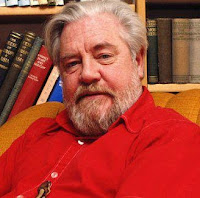 There is Gerald’s poor beleaguered mother who tries to keep her children in order even as they treat her patronising scorn, then his siblings; gun-obsessed Leslie, the unfortunate Margot with her face ‘swollen up like scarlet porridge’ and forever forlorn in love but then also Larry, a.k.a Lawrence Durrell who later became a Serious Author.  Gerald’s utter refusal to take his elder brother seriously is one of the funniest parts of the book.  Larry seems like an unbearable pretentious snob who casts himself in the role of expert in every situation, right down to the time when he has set his own bed on fire.  Upon arrival in Corfu, Larry attempted to project an air of ‘gracious majesty’ but found himself thwarted by the behaviour of his family who insisted on behaving ‘like a troupe of medieval tumblers.’  Of course young Gerry himself is no paragon – the chapter I was familiar with as a child features the memorable incident when Gerry brought home a pregnant scorpion as pet and decided to keep it in a matchbox in the dining room.  Poor Larry casually opened the box in order to light a cigarette and instantly all hell was set loose.

Durrell’s memories of Corfu and its wildlife feel like they have a certain amount of rose-tinted spectacles but even with this, young Gerry’s enthusiasm for his subject is irrepressible.  While Larry proclaims that Gerry’s wildlife obsession is just a ‘phase’, their mother remarks vaguely that it has after all been going on since the child was two –  his first word was ‘zoo’.  The adult Durrell does poke fun at his boyhood single-mindedness such as when a heartbroken Margot borrows Gerry’s boat without permission; Gerry asks his mother acidly just who is going to get him a new boat if Margot shipwrecks herself and then sighs heavily while everyone insists on fussing over Margot’s well-being rather than what he feels is truly important.

My Family and Other Animals is far more than just some wildlife-centred Just William although several anecdotes do end on a similar rueful note – Durrell’s excitement about the wildlife overflows in lengthy passages describing the florae and faunae in lengthy and very evocative passages.  Yet still, this feels like a bygone age of the British Empire, the Durrell family striding confidently into Corfu and despite their chaotic existence, all does go smoothly.  It’s all a bit pre-war.  Indeed, although I know that this was just the first part of a trilogy, as the family returned to Britain at the end of the book, I couldn’t help but imagine storm-clouds circling – I am aware that in real life, the Durrells left Corfu for good in the advent of the Second World War.  Still, this wasn’t the type of book that focussed on the truly painful – no mention is ever made of what befell Gerry’s father, nor does Durrell ever mention that during the events of the book, Larry’s first wife was also present.  Gerry’s interest in the humans is limited, as the title suggests.

I enjoyed this book but I am not sure that I will seek out the rest of the series – although it was a book that almost overflowed with warmth, at times I found myself getting slightly overwhelmed by the depth of description about each new breed of animal that young Gerry came across, and then skipping to the end of the paragraph.  Still, towards the end of last year, my parents introduced a certain young canine into my life and it was with the enthusiasm of the recent convert that I read about Durrell’s childhood gallivants across the Corfu countryside in the company of his dog Roger and that perfect understanding between the two was very lovely to read.  This is a very sweet book and I can absolutely see why it has held its place in people’s hearts for half a century and more.

5 thoughts on “Review: My Family and Other Animals, Gerald Durrell”