Zeppelin Nights depicts London in 1914 as a city at a crossroads – despite the Industrial Revolution and the end of the Victorian era, the streets of London were still littered with manure from horse-drawn carriages and its values were very much drawn from the nineteenth century.  In this rich and expansive book, Jerry White underlines that the Great War altered the feel of London irrevocably and that the city we know today is still feeling the after-effects.  London had to move on past the age of ‘The Season’, and the droit de seigneur, to recognise the poor as more than simply a depressing menace to be avoided at all costs (or mown down in a motor car as one upper class socialite did in a moment of temper).  The greater part of the action of the war may have been confined to the Front, but Zeppelin Nights describes how the people London battled to keep the home fires burning.
White describes pre-war London as very much the metropolitan capital of Europe, it was huge in contrast to its continental counterparts and very much where society ‘happened’.  It was the centre of the Industrial Revolution, Victoria’s children had married into the major royal families of Europe and of course, the sun never set on the British Empire.  However, White points out that culturally London was very German – since the arrival of the Hanoverians, there had been a strong bond between the two nations with areas of the city housing several generations of German families.  It is strange to contrast that time with now, all those years after the last conflict and yet the German nation remains a punchline, a caricatured war-like people capable of dark deeds, the natural enemy of the trueborn Englishman.
It was truly tragic to read in this book of the stories of the naturalised Germans who remained in London after war broke out, who were almost universally condemned to five years of enormous suffering.  Many, indeed most, were interned in horrible conditions – it was particularly horrible to read about those who chose to take their own lives, particularly one who left a note explaining their admiration for Britain.  These were people who had chosen to make their home in London, who had felt a part of their community and who were suddenly turned on.  They may have been regarded as potential spies, but it is the British people who seem traitors here.  White expresses his own astonishment at the sermon preached by the Bishop of London in 1915, who urged people to kill Germans ‘not for the sake of killing, but to save the world.’  This was a direct departure from his words the year before which had spoken on charity and that the Germans of London ought to ‘receive the same kind of treatment which they had learnt to expect.’  War had made London a far more brutal place. 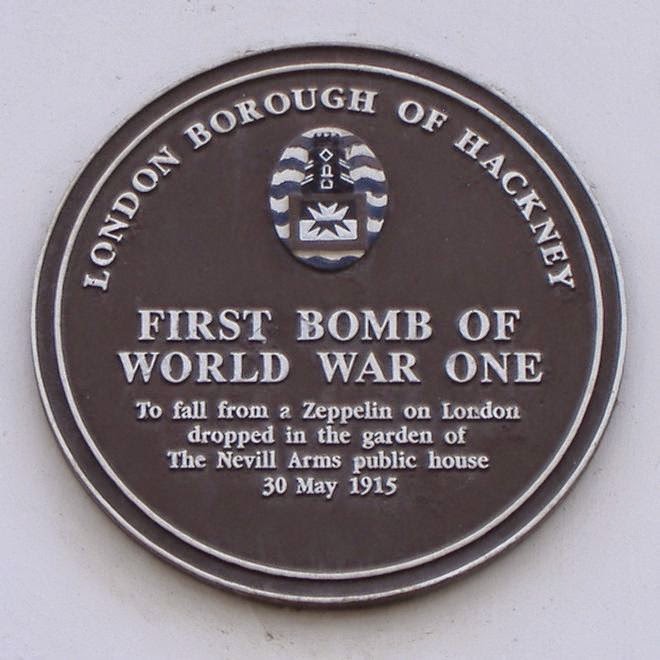 Indeed, it was surprising for me to read about the terrors of London life in World War One.  The story of the Blitz is part of our national identity but the zeppelin attacks of World War One are far less well-known, despite being far more prolonged.  The first raid came on May 31 1915, killing seven including four children and by the time of the last attack three years later, the death toll was 668 as well as around 2000 injuries.  The lake in St James’ Palace was drained to prevent any reflective surface helping the bombers and ‘a lighted cigarette’ was apparently enough to earn someone a slap at night time.  Much like September 11 for America, these attacked destroyed Londoners’ long-standing sense of inviolability – for the first time, the war had come right to their door.  The aerial threat was so new and terrifying, there is a sense of confidence irreparably shaken.  It was in this climate that the notorious Defence of the Realm Act was rushed through, which granted powers to the government and was responsible for some rather questionable acts in the name of security. 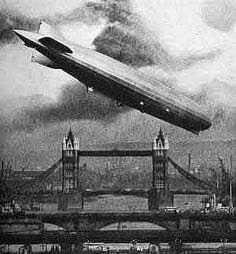 Indeed, by contrast with this war fought with the new technologies of the Industrial Revolution, the morals of Victorian England were still very much in evidence.  While one battle raged on the continent, another was being fought for purity at home.  General Haig was disgusted by drinking, as was David Lloyd George – temperance was very much in vogue and if it were not for the fact that Herbert Asquith was at the time both Prime Minister and alcoholic, prohibition might very well have been passed.  Lord Kitchener refused to allow soldiers to be equipped with prophylactics lest they be encouraged to fornicate, thus allowing venereal disease to run rampant.  There seemed to have been a frustrated feeling that Britain would not deserve victory if their morals were not repaired.
London in the Great War was a crossing-place for soldiers and White conjures up convincingly a city abuzz with the activity of war.  There was practically universal employment and White notes the irony that the rise in earnings led to an improvement in living conditions which led to an increased life expectancy – as long as one was not in France of course.  There were widespread fears however about the new freedoms afforded to women.  Hysteria broke out and then abruptly died again over women drinkers, believing that without their husbands to supervise them, women were in danger of running wild.  Additionally, with a shortage of men to form an effective police force, some women seemed to be becoming rather too big for their boots.  They were taking on jobs that had previously only ever been done by men.  Furthermore, the suffragettes had been the national enemy but now they appeared to have put their cause aside to assist in the war effort.  Troops of them patrolled the streets as a kind of unofficial police force, shining their torches upon any people they suspected of being up to no good.
As in World War Two, there was a rise in prostitution although White points out these were often just young girls ‘out on a lark’ and indeed it was the ‘amateur prostitutes’ who caused all the trouble.  ‘Harlot-haunted’ London was a dangerous place, there were innumerable instances of young soldiers being lured to secluded corners by pretty girls and then robbed of all their money.  The Canadian and Anzac soldiers seem to have been particularly vulnerable and White regretfully lists the names of several who met their end not on a field in Flanders but rather under Waterloo Bridge.  The epidemic of sexually transmitted diseases amongst the military was such a problem that a law was passed making it an offence to infect a soldier with venereal disease.  Women were detained if they were suspected of carrying disease and forced to undergo physical examinations.  More disturbingly, several men who murdered their wives upon being told that they had contracted an infection were not punished for the crime.  There was a certain sense of ‘all bets being off’ and that normal rules did not apply – society’s strictures were unbuttoning. 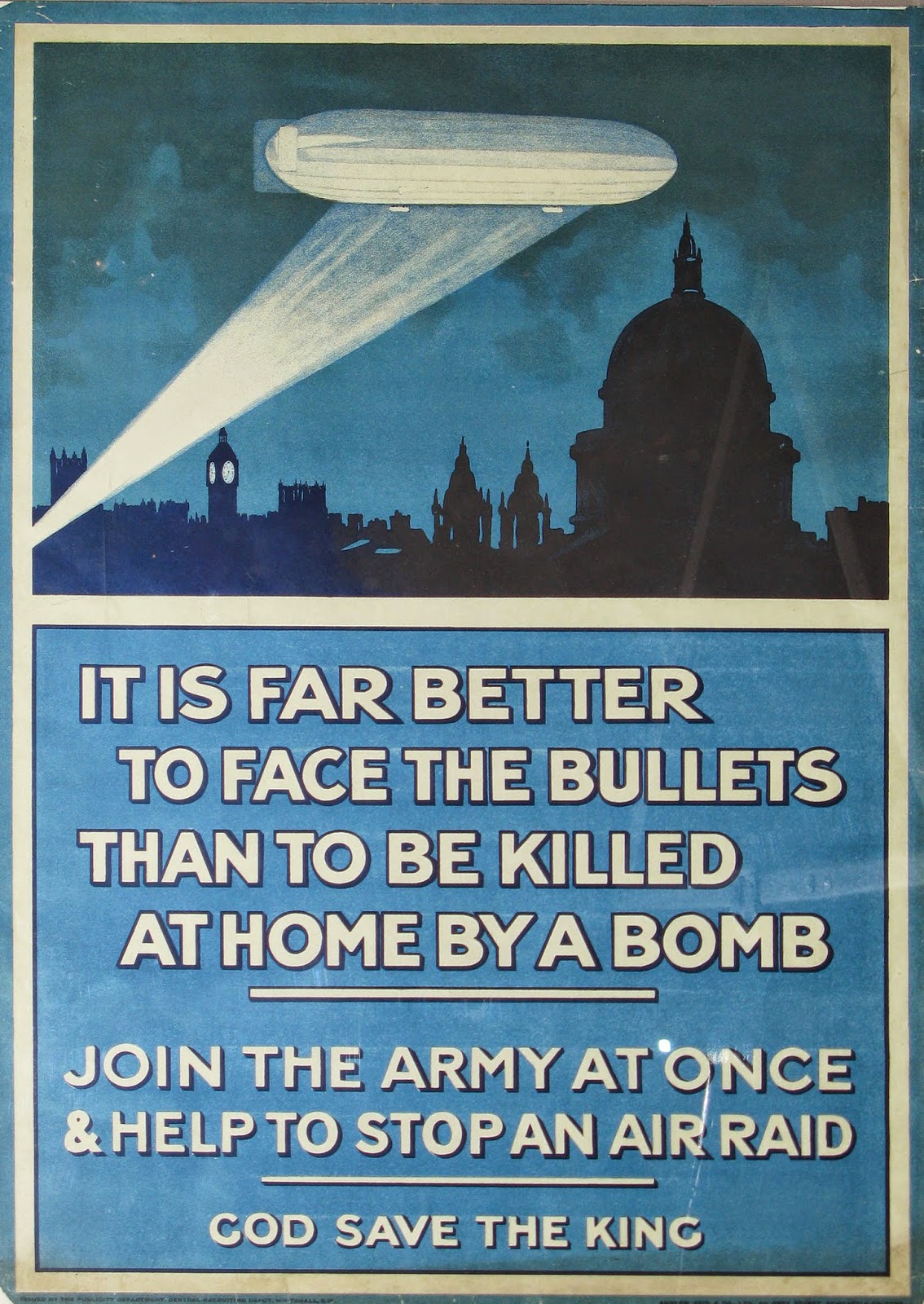 White has written a number of books on London’s history and he clearly wears the mantle of authority on the subject.  White’s voice as author breaks through with a surprising frequency, expressing his personal disapproval over the way that London treated its ‘alien’ population during the conflict and indeed its own young men who were not yet in uniform.  There were moments during the book when the tone appeared reminiscent of Lady Bracknell; understandably after all of his research, White takes a very proprietorial tone over his city, he has obvious passion for the place but he is not afraid to take it to task when it falls short of the standards he expects.
He is briskly mocking of the countless ‘flag days’ and socialite fund-raisers for the Front, quietly denouncing the useless upper classes whilst also taking the time to note those who really did open up their homes and their wallets to wounded servicemen.  Those who handed out white feathers were ‘a nuisance’ and he is ready to highlight the many instances of pointless public hysteria.  White tuts at the rules of DORA (Defence of the Real Act) which made it an offence to whistle in the street, lest one disturb a convalescing soldier.  Zeppelin Nights may describe London a century ago but it feels hugely topical in its description of a tabloid-driven society, poisoned with the words of The Daily Mail, fuelled by the fears of the Enemy getting in.  Even the politicians who played on the city’s nationalistic sensibilities bear an alarming resemblance to certain far-right group which already receives far more press coverage than it deserves.  White’s London is not so very far removed from our own.
There were so many stories of tragedy in this book – of particular poignancy was the story of Barbara and Captain Jack Wootton.  They were newly-weds whose honeymoon had been postponed due to him being called to France.  They had one single night together in a hotel near Victoria Station before he departed.  Five weeks later Barbara received a telegram telling her that he had died of his wounds in the Somme, ‘in due course his blood-stained kit was punctiliously returned to me.’  White’s book is a true piece of art, capturing London’s feat of survival in broad strokes that give us a perspective on the city as a whole, but then also he provides these stunning moments of detail which help us to imagine the daily lives of these brave people who lived through this awful, harrowing conflict.  The London we have now is the one shaped by these events and White’s wonderful book illustrates exactly how it came to be.