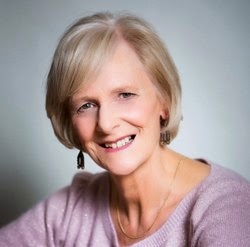 I have read three books by Anne O’Brien – it was such a relief to discover her after years of being alternately nauseated or infuriated (and frequently both) by Philippa Gregory.  Her books have the wonderful ability to allow their subjects a brain and a certain amount of dignity whilst also telling some truly wonderful stories.  My favourite remains The Scandalous Duchess (whisper it softly but I’ve re-read it three times now and I think it’s even better than the classic Anya Seton version).  Moving on through the O’Brien back catalogue, The Virgin Widow was great fun too and The King’s Sister has recently come out in paperback.  So a big thank you to Ms O’Brien for very kindly agreeing to grant me an interview!

1) Elizabeth of Lancaster has been a largely forgotten historical figure, what was it that first inspired you to tell her story?

I enjoy visiting churches.  Small rural ones as much as the great minsters and cathedrals.  You never know who is buried there.  Elizabeth of Lancaster, younger daughter of John of Gaunt and Blanche of Lancaster, emerged for me out of a visit to the Church of St Mary in Burford, Shropshire, close to where I live.
And there she was, the heroine of my new novel.  I think I knew it as soon as I saw her effigy, clad regally in red with a purple cloak trimmed with ermine.  Her hair is fair, her face oval and her nose long. Plantagenet features, I suppose. She wears a ducal coronet and her hands are raised in prayer, an angel supporting her pillow and a little dog holding the edge of her cloak in its mouth.  She is quite lovely.
But to write about her as a heroine I needed to discover more.  And how little there was, either in contemporary sources or writing of modern historians, apart from a suggestion of scandal.  Far more would be needed for me to take Elizabeth on as a heroine.
And then I came to appreciate the political setting in which she was living in 1399 and 1400, the years of the overthrow of King Richard II by Henry Bolingbroke who became Henry IV, followed by the Rising of the Earls in which John Holland, the Duke of Exeter, half-brother to King Richard, was implicated.  Elizabeth was in the very centre of this maelstrom.  First cousin to Richard, sister to Henry, wife of John Holland, how difficult were family loyalties for her within that setting?  What would be her role in the dynamics of this vital Plantagenet family?
What a marvellously emotional story this would make, with all the pressures of blood and loyalty and duty when a family was torn apart by ambition and poor government.
This was to be the story of Elizabeth of Lancaster, King’s Sister.

2) As a writer who generally writes about real-life historical figures, do you feel a sense of responsibility towards your subjects?  If so, how does that show itself?

For me this is a key issue.
How close to the facts and the evidence must my interpretation be?  I feel a very strong sense of responsibility to those who lived in the past.  My characters must remain true to the evidence of their life.  This accuracy to facts and events in my heroine’s life must be the bedrock of her story.  Where facts exist, they must not be changed or manipulated, and so research must be thorough.
Saying that, where there are areas of debate or uncertainty or simply gaps in our knowledge, the writer must make a choice – as long as it is an informed one.
In a historical novel, characters need to become three-dimensional to make them realistic and gain the empathy – either compassion or hatred – of the reader.  This is where the role of the novelist comes in, to interpret what we know and make the character come alive.  But it has to be true and authentic.  If it is not, it becomes simply fiction rather than historical fiction.

3) What do you feel are the main challenges for a writer of historical fiction in writing about women living in a time where they had very little choice or control over their own lives?

Perhaps the main challenge, when writing about a woman who lived 700 years ago, is the danger of writing anachronistically, giving my heroine thoughts and aspirations and even knowledge which would not have been hers.  A woman’s independence was on the whole limited, her life dominated by the men in her family – father, husband, brother.  It was unusual for a woman to have the freedom to direct the path of her life, even within royal circles.  She might be educated and talented but her life would be hemmed about by social expectations and particularly morality.  Sin was a very powerful influence.  Morality and the view of the church mattered.  Very different from today when morality plays a much less dominant role.
I have to be keenly aware of these restrictions – unless my heroine herself decides to ignore them.  Which Elizabeth of Lancaster was quite inclined to do.  Now that makes for interesting writing.
However, after saying that medieval women faced very different pressures from those of a 21st century woman, I think the manner in which they responded is little different.  Emotions have not changed.  This makes for exciting writing, and makes a 14th century woman relevant to today’s reader.

4) Although several of your novels feature episodes from history which have been dramatised in other novels recently, I have always felt that your novels reflected a kinder and more believable interpretation.  How aware are you of other historical novelists and how do you set your own vision of events apart?

I quite deliberately do not, while I am writing, read novels which feature the characters and historical period I am writing about.
Instead I go back to the medieval chroniclers, to the research of historians and to the historical evidence.  Then I write as I see the characters in their relationships with each other and the historical events.  If my interpretation is different from that portrayed in other novels, I take the responsibility.

5) One thing that always fascinates me about historical fiction is how long-dead people can come to be seen differently according to the fashions of the time.  For example, in recent years Anne Boleyn’s brother has been presented repeatedly as gay, Richard III has gone from Crookback to heartthrob and forgotten characters such as Katherine Grey are back in the limelight.  Do you notice this too?  Why do you think that is?

And I think there are a number of reasons.
– new evidence is always coming to light.  Look at the Richard III discovery!
– there is far more open discussion and historical debate in the media and press, encouraged by the popularity of costume drama on TV.  The question is a bit chicken and egg – does the media drive interest, or is general interest picked up by the media?  I don’t know the answer to this but programmes from Downton Abbey to Wolf Hall have encouraged historical interest.
– social media plays a much more significant role with the formation of supporters and fan groups.  Richard III again is the best example of this, with much heated debate.  It is a brave supporter of Henry VII who dabbles a toe in Ricardian waters.
As any writer of historical fiction will say, whatever the reasons for it, it is excellent to see so much interest and debate about the past

6) Do you have any future projects?  What is it that attracts you to a particular story?

Joanna of Navarre is my next project, a Queen of England about whom we know very little.  Which is one of the reasons I was attracted to this shadowy woman.  A princess of Navarre and the Valois family, she was Regent of Brittany before she became the second wife of King Henry IV.  Joanna was a woman faced with difficult choices, so that I am writing a story of grief and conflict but also of an abiding love.  And the whole is overshadowed by the accusation levelled at Joanna for witchcraft.  A fascinating blend of influences to make this a great story.  It will be called The Queen’s Choice.

The King’s Sister by Anne O’Brien is out now, published by Mira, price £7.99 in paperback