With Foxglove Summer, the Peter Grant series hits its fifth instalment – it is now officially ‘well-established’.  So well-established in fact that this time, Aaronovitch felt confident enough to ditch the usual formula of ‘wizarding police in London’ and send Peter Grant off into the countryside.  By himself.  To look for two missing children.  If Peter had discovered any kind of comfort zone over the past four books, it is pretty clear that Aaronovitch’s mission in this book is to kick him out of it.  So we switch from urban fantasy to copper on holiday.  Still, having now reached Book #5, there is a real sense of ‘you’re either in or you’re out’ and neither Aaronovitch or his protagonist Peter waste any time on explaining the series’ back story.

Still, given all the mayhem of the last book, it feels as if we are taking something of a break from the wider arc concerning the Faceless Man.  Although this may be mildly frustrating for the fan who has been on tenterhooks since the closing pages of Broken Homes, I can see why Aaronovitch has done this.  The Peter Grant series has never been about a descent into darkness; dark things happen and there are moments of true horror but even at the worst Grant keeps up his wry sense of humour.  The unprofessional conduct of Constable May has definitely stepped the action up a gear but I feel Aaronovitch has been wise to avoid an overly-hasty resolution.  It took three books for Peter to learn to cast a fireball – this is not a series that is overly focussed on the destination, the joy is in the journey.

With that in mind, Peter’s trip out to the Styx to investigate the disappearances of young Hannah and Nicole is an interesting move.  This is probably the closest to a stand-alone story in the series so far and much closer to the classic mold of the detective story in that the case has no bearing on the Folly.  Peter has been sent to investigate by Nightingale since it is established policy for the ‘Isaacs’ to take a look at cases of missing children lest their disappearances be linked to occult activity by unscrupulous practitioners.  The vanishing of two little girls though draws some very obvious parallels – there is a brief nod towards the beginning about the similarities to the Soham case but then later when interviewing the locals, again Grant made other comparisons.  I found this uncomfortable in what is essentially a fantasy series yet I recognise that once again this is Aaronovitch showing off his Research.  In Broken Homes, he expostulated via Peter about the typical behaviours that Underground staff had spotted among people about to jump in front of a tube train.  This time he is explaining suspicious actions looked for in missing persons investigations.  One of the strengths of this series is how Aaronovitch retains all the features of police procedural even in a fantasy series but usually it is seamless.  In focussing his action on a case involving missing children, he is on very sensitive territory and it felt slightly bumpy.  That being said, it was interesting to see that classic trope of fairy tales (child-snatching) updated for the twenty-first century. 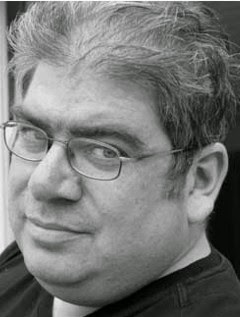 We feel the loss of Lesley in Foxglove Summer, there is a real sense of Peter missing her and struggling to express it.  We feel her ghostly presence as Peter imagines what she ‘would have said’, her hand on his shoulder as he wonders what she would do, what advice she would give.  In her place, Peter has local bobby Dominic to help him out and then Beverley turned up too to give her professional opinion.  But Lesley is not dead and the missing of her is made far more complex by the circumstances of her departure.  At no point is the reader ever encouraged to hate Lesley, Aaronovitch even pauses to help us to consider her motivations.  Since the final chapters of Rivers of London, Lesley has gone through something dreadful and now Peter can only worry about the horrible mess that she has entangled herself in.  Lesley still does not feel like the enemy – Peter’s only conversation with her in Foxglove Summer feels so sad, mutual affection and respect undiminished, but this is a situation that will still need to be cleared up come Book 6.

This far in to the series, Peter Grant no longer quite feels like so much of a novice and it was good to see him flying solo without Nightingale having to dash in to save the day.  That being said Beverley at times was a literal deus ex machina.  Again though, it was nice to have her back, she’s certainly growing.  The youngest Thames sister is coming in to her own and like Lesley, we just want Peter to be happy.  But then Peter is a police officer – they aren’t generally known for their up-beat outlooks.  One of my favourite passages came when Peter had a mini-rant about how the government cuts to policing had significantly increased his workload since divisions preferred to refer on anything that was even ‘slightly weird’ – he is briskly dismissive of ‘occult graffiti’ as usually coming from Lord of the Rings.  The part that made me laugh out loud though was how Nightingale mused that these requests for assistance never seemed to come from anyone who had actually worked with them before.  Five books in, the reader can sympathise with these harassed police officers who decide that the extra paperwork and man hours will all be worth it provided that they can avoid dealing with the bloody Isaacs.

Foxglove Summer was essentially a fish-out-of-water story; Peter is an out and out city boy and was quickly fed-up with the gastro-pubs with their complete lineage of every piece of meat they serve, all the greenery and generally being the only non-white guy within a ten mile radius.  It was a refreshing change of pace though and I felt that it breathed fresh life into the series.  I hope that the Faceless Man is caught soon.  I hope that Lesley can be saved.  But I hope that neither of those events will mark the end of Peter Grant’s adventures.  At one point, Peter is explaining his work to the star-struck Dominic.  He summarises that most weird stuff has a ‘rational explanation’.  Unfortunately the rational explanation is all too often ‘A wizard did it.’  If we follow that theory, this series can run and run.