My Mum and I read this for the first time when I was eight and we carried on doing so for the next seven Decembers.  We would light the Advent Candle and read until the candle had burnt through.  It was all very atmospheric.  The year my Dad joined our family, we were still reading it and I remember him joining in to read the part describing Scrooge’s house but ultimately he is just not that big of a Dickens fan so the tradition fell by the wayside.  I have read it solo though a good few times since but I realised when I began it this year that this was the first time in at least two years that I had kept to the custom.  A Christmas Carol is one of those books that we all know whether we have read it or not and re-reading it was like snuggling down into a warm bed on a winter’s evening.  This will not be the last time I re-read – this is one of those books that I have a very strong emotional attachment to.

This is one of those stories that everyone knows whether they have read it or not.  Like its fellow festive favourite It’s a Wonderful Life, it has been re-hashed and re-used in so very many different television specials because we all get the reference.  The thing is though that A Christmas Carol is actually a great read!  There are so many fantastic lines – to be fair, having read it as many times as I have, I can quote a large number of them.  Dickens had such a great ear for throwaway one liners – there is a reason why he had such popular appeal.  Every year I giggle away when I get to the part where the carriage boy refuses Scrooge’s headmaster’s offer of cake with the words that if it was the same stuff as last time ‘then he would rather not’, or even the final line that although Scrooge had no bother with the Spirits after these events, he stuck to the Abstinence principle for the rest of his life. 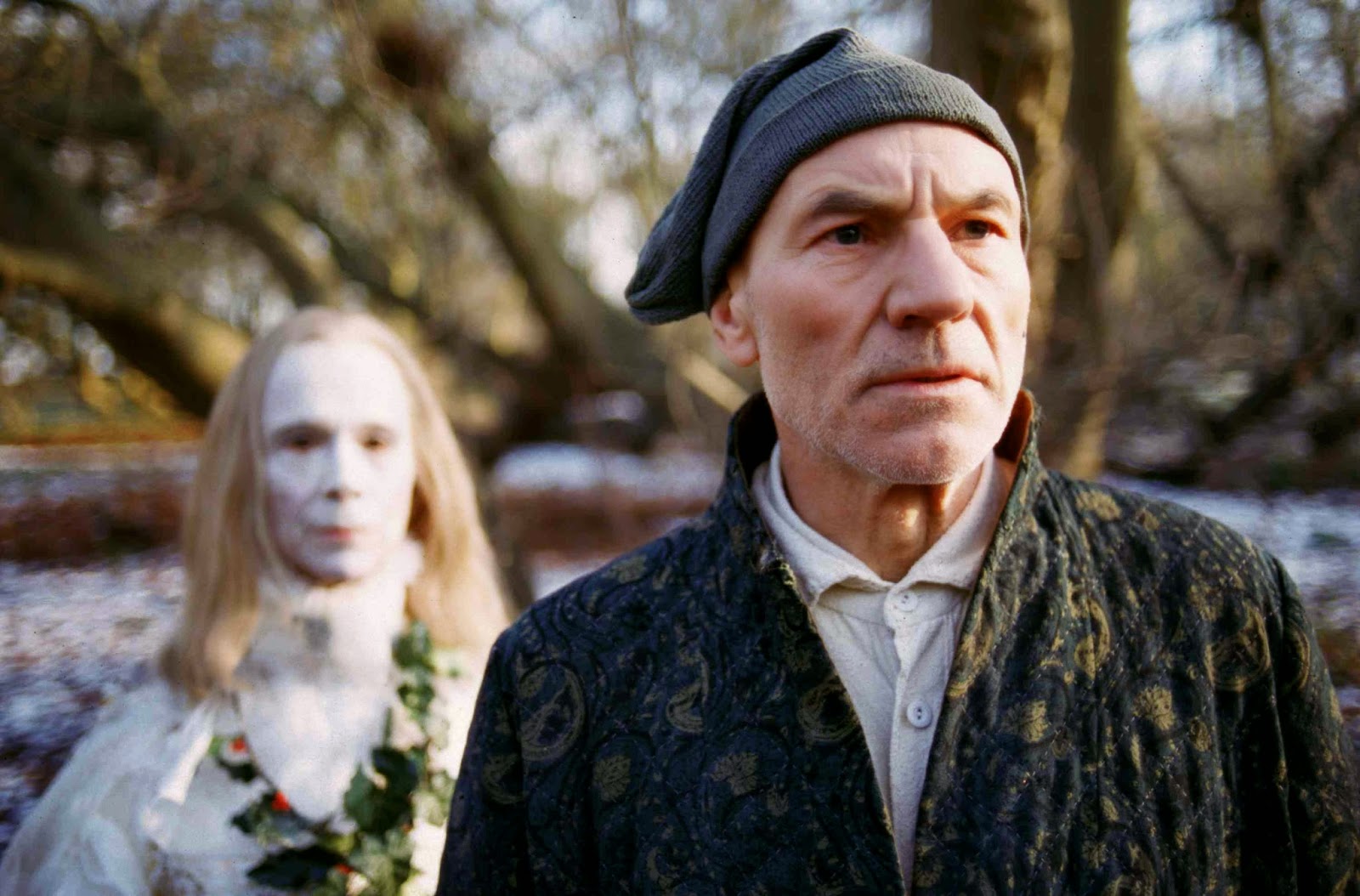 Of course, knowing it as well as I do, I have become aware of the story’s flaws.  Dickens’ usual slightly creepy fascination with the small and the under-sized gets full rein here with Tiny Tim.  Dickens’ own childhood was cut short when his father got sent to debtors’ prison and Dickens had to go work in a blacking factory.  He never really forgave either of his parents and his ongoing indignation simmers through a lot of his work, as does his slightly weird fascination with childhood innocence.  I suppose he felt he lost his own prematurely through being thrown in with the factory workers but I still don’t think that that excuses inflicting Oliver Twist on humanity.  I had to read that at university and loathed almost every line.  Anyway, Tiny Tim isn’t quite as irritating as the ghastly Oliver although I do appreciate that it is probably because I first met him long before I had ever studied Dickens so had no pre-conceptions.  Is this perhaps the advantage to reading as a ‘literary innocent’?  Does a lack of critical analysis lead to a greater enjoyment of a book?  Deep questions. 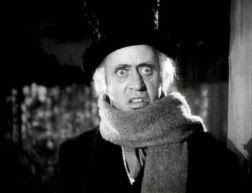 The other thing that sometimes interrupts the flow of A Christmas Carol for me is my opinion of Dickens himself.  Marley’s Ghost tells Scrooge that if a man’s spirit goes not forth in life, it is doomed to go forth in death.  That a lack of interest in, sympathy for and involvement in the world will effectively lead to eternal damnation.  It’s powerful.  The writer Margaret Oliphaunt is quoted as saying that it exploded on the scene as a kind of ‘fresh gospel’.  Yet this is Dickens – he is the man who let his wife know that their marriage was over by calling in builders to construct a partition in their bedroom, threw her out of the house and blackmailed their children into cutting off all ties.  He was not a nice man.  His moral superiority over us is hypocrisy, he valourises Christmas but he shut out his wife from the family circle in the festive period.  She is the one who organised Christmas parties for poor children, truly it was her spirit which went out into the world. 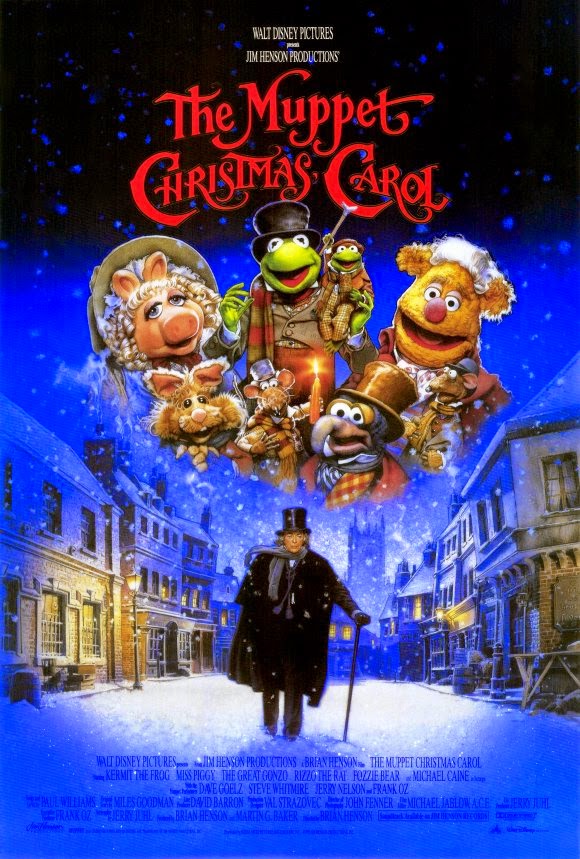 Still again, at both these observations I can sense my childhood self looking up at me with complete impatience, eyebrows furrowed and heavy sighs.  Like most children of the 1990s, I first encountered the story via the magnificent A Muppet’s Christmas Carol with Michael Caine at the tiller and Kermit as Bob Cratchit.  While the other Muppets movies may be disappointing, this one is fantastic.  It is very faithful to the book and then also includes some pretty awesome song and dance numbers (thankfully they don’t make Michael Caine sing).  It works perfectly – they even have the sensitivity to send the narrator Gonzo off-stage during Scrooge’s encounter with the Ghost of Christmas Future.  The Patrick Stewart version was decent enough but really, this is the best adaptation of the multitude which have been generated (and more seem to turn up every year and some are just plain weird).  Basically, this is a fun and entertaining story which does encourage us to remember those close to us at Christmas.  There is an awful lot of wonderful music, books and films whose creators were not particularly nice people – we can’t judge them all for their parentage, but rather for what they inspire in us.

What I love most though is the message of A Christmas Carol that it is never too late to change and make things right.  Scrooge does not care that people laugh behind their hands at him – his own soul laughs with them.  The tradition of New Years resolution shrivels so quickly, our good intentions grow dusty overshadowed by the pressures of our everyday lives but here, Dickens suggests that with courage and determination, redemption is always possible.  Scrooge’s nephew will visit every year, his love will never fade and when Scrooge finally accepts it, no word of reproach will ever come from him.  Scrooge becomes a second father to Tiny Tim who is also saved – it is a gloriously positive story and there is a reason why generation after generation have fallen in love with it.  It is easy to forget Christmas’ true meaning amongst the shiny paper and glittering fairy lights but at its heart, the story of Scrooge is a reminder that we have nothing to lose through kindness, that forgiveness and that the door is never closed. 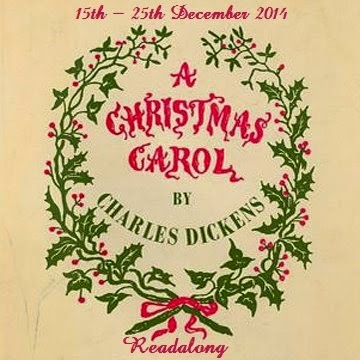 EDIT – Lory let me know about the readalong going on over at Brona’s Books.  So I am linking to it here – lots of very interesting thoughts and some excellent posts.

This was a book picked from my Classics Club reading list, have you picked out yours yet?