Katherine Clements’ début novel takes the real life figures of Elizabeth Poole and Oliver Cromwell and links them with a character of her imagination, Ruth Flowers.  It is always difficult to marry up an author’s own creation with history’s genuine movers and shakers but The Crimson Ribbon manages to pull it off almost seamlessly.  Set as the Civil War was reaching its grim conclusion, Katherine Clements’ book takes themes of persecution and paranoia and tells a story that is still of great relevance, where the risks are all too apparent and the rewards are few and far between.

Clements’ prose is always measured; her narrator Ruth is quietly-spoken and she has learnt to think carefully before she gives anything away.  Nevertheless, The Crimson Ribbon still opens with something of a bang as Ruth murmurs what she has learnt about death itself.  We know from the beginning what to expect.  Even the motif of the crimson ribbon itself is reminiscent of blood.  It is Ruth Flowers’ misfortune to live in interesting times and she has grown up an illegitimate child with few obvious protectors.  Within the first paragraph, Ruth’s midwife mother has delivered a dead baby which leads to the child’s angry mother to brand her a witch.  Ruth describes the violence of the mob that sets about her mother with a kind of blank horror – she is suddenly entirely alone in the world.

It takes a skilled writer to create a self-effacing or shy character such as Ruth without letting her seem priggish and falsely modest (Esther Summerson of Bleak House) or else just desperately dull (Bella from Twilight).  Ruth is reserved, even secretive but with a doubt warm-hearted.  Ruth has grown up in the household of Oliver Cromwell, beloved by his young daughters but an object of suspicion to his wife.  The anguish of her grief at her mother’s horrible death is forceful and then the added trauma as Mrs Cromwell casts her out of the house for fear that she will bring shame upon the family and so young Ruth finds herself in London, sent to find sanctuary from Elizabeth Poole.

The sparse facts known about Elizabeth Poole’s life do come into play in The Crimson Ribbon but on the whole, Lizzie is a character of Clements’ imagination.  I found her a hard character to warm to.  Ruth has already rejected the friendship of her travelling companion Joseph on the grounds that she cannot trust him but her almost instant faith in Lizzie feels misplaced from the very start.  She delights in her role as Lizzie’s maid, particularly the manner in which she increasingly becomes her confidante and barely notices as Lizzie’s possessive nature begins to flex its claws.  I was reminded very quickly of the poem ‘Warming Her Pearls as the relationship between the two grew more complex.  Fiction involving the appropriation of real-life characters can be uneven but Oliver Cromwell himself remains a shadowy background presence despite his pivotal role within the plot, which admittedly was something of a deus ex machina.

A recurring theme of the novel is self-knowledge.  Ruth grew up close to her mother, the woman who knew her ‘whole story, from first breath to the day her own ended.  She knew it all except one thing.’  As Ruth explores her own nature, her deeper feelings for Lizzie, we still have the impression that she does not truly know herself.  She visits Joseph who has found work at a printing press and he shows her for the very first time her own name in print but it very quickly becomes smudged.  Ruth is opaque, even to herself.  Ruth’s journey for a clearer sense of her own identity is the central theme of this novel – not who she loved or why but that firm sense of  her own strength.  It was truly refreshing to read a novel which featured a lesbian relationship but which did not take sexual identity itself as a theme.  I read some else’s review which stated for the ‘nervous’ that the lesbian relationship was ‘discreet’ but I felt that that was hardly the point.  Ruth is looking for a companion who will respect her and treat her as an equal and Clements makes no issue of whether they be man or woman. 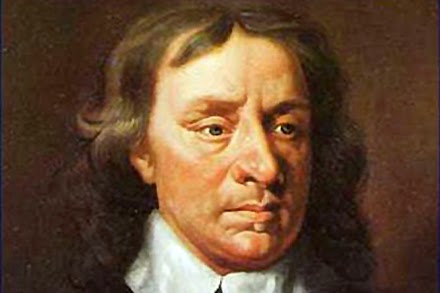 Clements is clearly fascinated by the rise of the illegal printing presses.  A little while ago I also reviewed Gutenberg’s Apprentice which took similar themes and that notion of words themselves becoming freely available, of information passing into public control for the first time is a fascinating one.  Ruth Flowers watches Joseph and Lizzie spar against each other and recognises that they both have words in a way that she does not.  In a time such as the Civil War where both sides were fighting an aggressive propaganda campaign, the illegal presses had an enormous power to sway public opinion.  Lizzie believes in her own message, that it has been given to her by God and she is certain that it must spread – now in the age of print, she has other tools than merely her own voice.  It is interesting to consider how far things have moved on from then – here I am, writing my thoughts on a machine in my own home and then pressing publish and they can quite literally cross the world.  Words really do have power.

The reader comes to appreciate the limitations of Ruth’s narration as The Crimson Ribbon moves forward.  Ruth’s sense of unworthiness is set against Joseph’s obvious admiration; he sees her as a ‘woman of strength’ even though she is not always aware of it herself, Colonel Rainsborough sees it too.  Ruth is a survivor, but she has many trials to get through before she can realise that for herself.  Despite Ruth’s modesty, when she ponders how our thoughts and feelings can wrong if they have been given to us by God, the reader senses that she is worth hearing.  In times of political unrest, paranoia will always come to the surface.  The marginalised will always find themselves at risk, the Ruths and the Annies of this world can still be found as Clements herself points out in her Q and A.

Yet still, despite all of this, I finished this novel feeling as though its overwhelming message had been one of love.  It was her mother’s love that drew Ruth through her isolated childhood, her love for Cromwell’s children that brightened her service in the household.  In some respects, it was the revelation of her father’s love that prompted Ruth to seek her own life.  ‘Your mother would want you to live.  So does your father.’  The words are simple and mask a more complex truth yet they have a power of their own.  Indeed, there are many instances of elegant prose within this novel which make it a very assured début novel.  Ruth’s own heart is a confused creature, she wonders when her feelings are sinful, when they are not, when it is love, when it is love – or are they in fact ‘two parts of the same thing, so intertwined that they cannot be unravelled?’  The Crimson Ribbon is a novel featuring many of the grand players of the Civil War era but it also shows us how even those who would only ever have been footnotes in history have stories worth celebrating.