So, a couple of days ago for my #BookADayUK challenge, the category was “The Fictional Character Most Like Me“.  My problem was … I couldn’t think of one.  So I picked Mary Yellan as a really amazing heroine who is worth aspiring to but which wasn’t quite what I’d been asked to do.  Serendipitously, the always fabulous Vicki W over at Lil Miss Vix Reads happened to post a challenge encouraging bloggers to take a personality test and then use their results to determine from a list here which fictional characters one shared personality traits with.  Naturally, I decided to take a look.  The results were … surprising.

I got the INFP personality (there are sixteen possibilities) which means that I am a ‘true idealist’ and that although ‘the risk of being misunderstood’ is unfortunately high for this personality type, when I find ‘like-minded people’, the harmony I feel is ‘a fountain of joy and inspiration’.  I think you can probably tell that I don’t take these tests one hundred percent seriously.  Still some of it, they got bang on.  It has been a source of alternately amusement and frustration to my nearest and dearest how I can be jaw-droppingly unobservant about things directly in front me but then very perceptive about other people’s feelings.  I think that a lot of the ‘self-expression’ parts of the personality type relate very closely to why I enjoy blogging so much.  I have to write – I love being able to communicate to an audience.

Looking therefore at my results – here are some of the fictional characters who I share a personality with (the ones I had heard of): 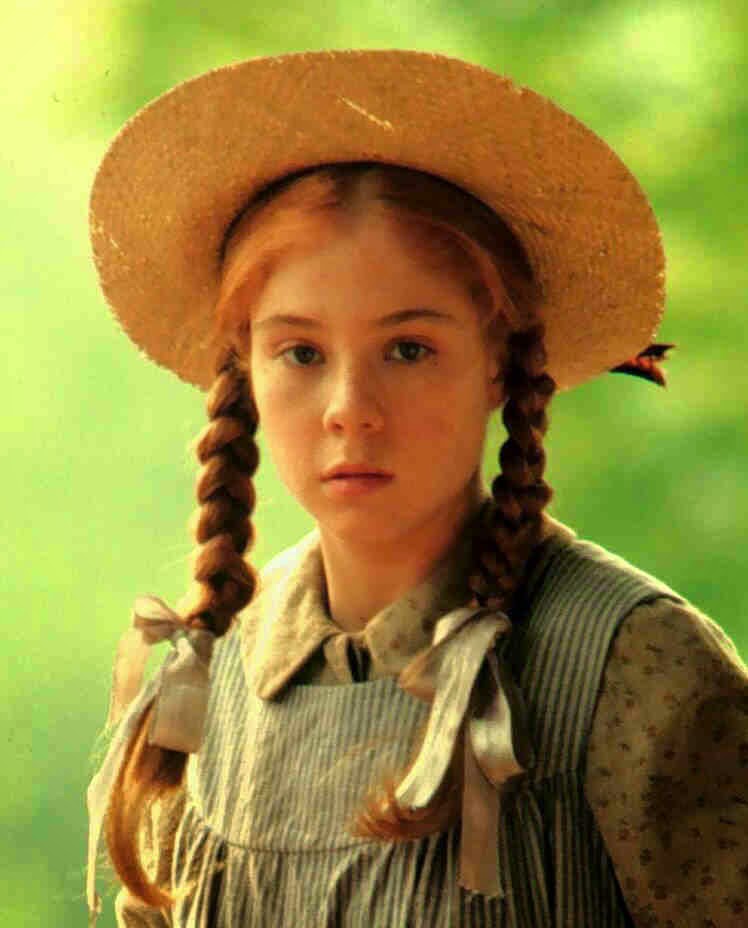 I actually considered her for my challenge – she is very cool with her abilities to save children from croup and I had a similar day-dreaming tendency when younger (and even now).  Plus once when I was eight I elbowed a boy in my class in the jaw because he had been teasing me.  I regretted afterwards … I remember we both got sent to the headmistress’ office and by the time we got there we had made up and were both giggling together very nervously.  It wasn’t a grudge that dragged on for years like Anne’s with Gilbert Blythe.  Basically – I think that I am a bit more earth-bound than she was.

Holden Caulfield – The Catcher in the Rye 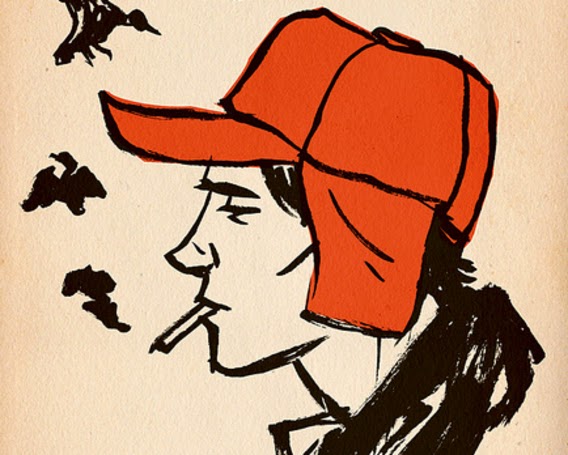 Hmm.  I wasn’t grabbed by this novel the way that everybody else was.  I felt for the poor lad who had lost his brother and then felt so lost but by the end of it, I didn’t feel like he’d taken much of the experience on board.  I would rather not be like him if possible!

Lucy Pevensie – The Chronicles of Narnia 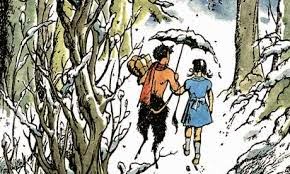 I did want to be Lucy when I was little.  Susan always seemed fairly dull although reading her as an adult, I have more of an issue with C.S. Lewis rather callously casting her out of the kingdom for having had the temerity to start using make-up.  I like Lucy’s faith and her courage and also her loyalty to her friends – there are definitely values that I aspire to.  Plus in the film, Mr Tumnus was played by James MacAvoy which is a bonus for any story. 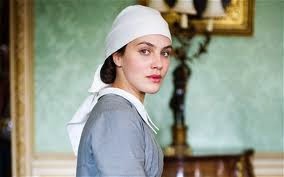 I stopped watching Downton Abbey after I heard that Lovely Anna was going to be raped but even before that, it was never the same without Sybil.  I liked her.  I am quite content to share a personality with her.

She’s another character I did consider for my #BookADayUK challenge.  Luna and I see things slightly differently to the rest of the world.  For the past six months I have been photographing post boxes whenever I see them because I happen to find it interesting to see all the different kinds.  You actually can tell a lot about an area by its postboxes.  But I recognise it’s a slightly odd hobby.  But then so is knitting and blogging.

The Snork Maiden – The Moomins

I didn’t like her when I was little.  Simple reason – I loved Moomin.  The Snork Maiden was competition.

Jane Bennet gets kind of a rough press as do many other characters whose defining characteristic is their ‘niceness’.  There is nothing wrong with being nice in fact it’s under-rated as a trait.  Still, I liked the Lizzie Bennet Diaries interpretation of Jane which saw her discover assertiveness and warn Bingley (Bing Lee) that she was not going to put up with him messing her around ever again.

This one is kind of awkward because George R. R. Martin so clearly needs the children of the series to be between five and seven years older than they actually are.  It doesn’t work to put in a ‘time-jump’ but Bran Stark is the least believable eight/nine year-old ever written.  He is not one of my favourite characters for that very reason.  Still, it’s good to know that if in Westeros, I might have the ability to time-jump and possess other people.  I would also like to have my own wolf. 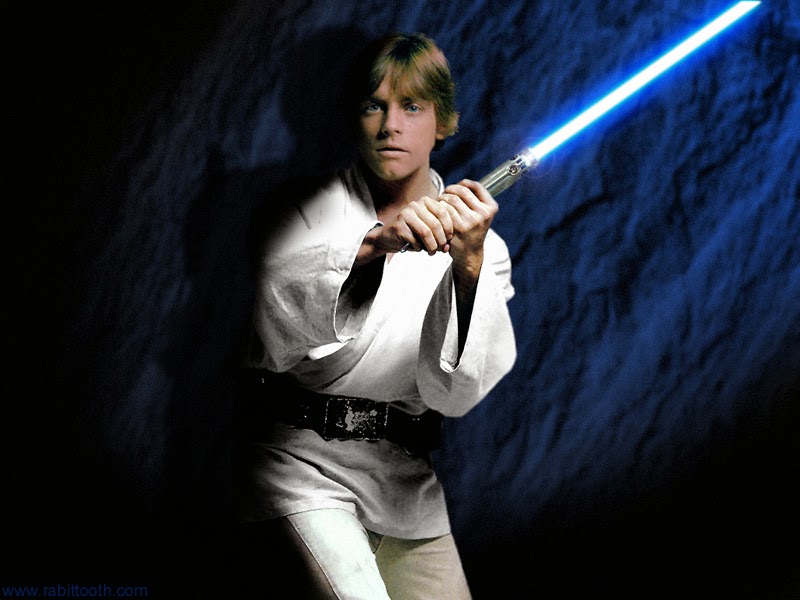 Fantastic – I so wanted to be him when I was a little girl!  Never Princess Leia, just Luke.  There were few true female role models in the Star Wars universe.

Scout Finch – To Kill A Mockingbird 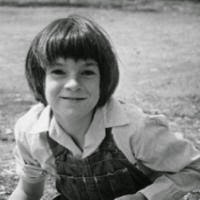 Again, I did think about her for my challenge.  She is writing with an adult eye, reporting on her childhood self – she is describing her own self who she knows inside out.  Scout is largely based on Harper Lee herself but in the end – I find it hard to detach Scout from the events she describes.  I love her dearly as a treasured fictional heroine but I don’t think that I would have tried to face down a lynch mob.  My ‘stranger danger’ training was too effective.  I was trained from childhood to call 999 in an emergency which in To Kill A Mockingbird would have sadly done no good at all. 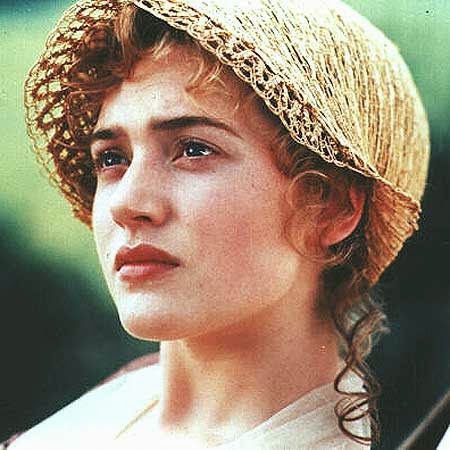 I was really surprised by this one.  Marianne annoys me.  Although I can do some really daft things, by nature I tend more towards pragmatism.  But although I can be pragmatic in my reasoning, it doesn’t always affect my decisions.  Maybe I’m more like her that I wanted to be?  I’ve spent my life trying to be an Elinor but am I just supposed to be a Marianne?

So … I didn’t come out as Flora Poste but then I didn’t really expect to, other characters included Leonard Hofstadter, the Mother from How I Met Your Mother, Sweeney Todd (!), Margot Tenenbaum and Frodo.

A Book A Day #6 – Favourite Book of Short Stories

A Book A Day – September Version

6 thoughts on “Personality Test – Which Fictional Character is Most Like You?”