Elizabeth Buchan takes a step into historical fiction with this stunning and powerful novel set in 1940s Denmark.  Buchan is an established name in romance and ‘chick lit’ but I Can’t Begin To Tell You marks a major departure.  Tales of derring-do from World War Two are hardly new, even while the conflict was still being fought films such as Went The Day Well were being released, allowing those on the sidelines to imagine themselves at the heart of the drama.  I Can’t Begin To Tell You takes a more subtle approach however; it is a very feminine approach to espionage and rather than gunfights and high-jinx, Buchan considers the personal cost of involvement with wartime surveillance.  While contemporary stories such as Agatha Christie’s nauseating Tommy and Tuppence in N or M might make light of intelligence work, I Can’t Begin To Tell You has a more mournful tone and from the very beginning, the reader feels braced for devastating consequences.

It was an interesting choice to set the action in Denmark.  While we are used to tales of the French resistance, Denmark has always been slightly forgotten.  Even during the war itself, the Allies tended to ignore it except as a tool for diversion tactics.  The Germans used Danish factories during World War II to make their uniforms, so the Danish and German soldiers even looked rather similar.  Initially this led to a great deal of distrust for the inmates of Colditz who were not sure what to make of their Danish fellow-residents but later it became a real advantage when making costumes for escape.  Its geographical closeness to Germany and cultural similarities meant that many Danes felt a sympathy for the German expansion mission.  I Can’t Begin To Tell You is a novel about strong women, the main character is Kay Eberstern, a British woman who married into the Danish gentry twenty-five years before.  As the novel opens, she waits anxiously in the woods of her husband’s estate, promising herself that it will be the only time, almost hoping that the agent she has been asked to wait for will never arrive. 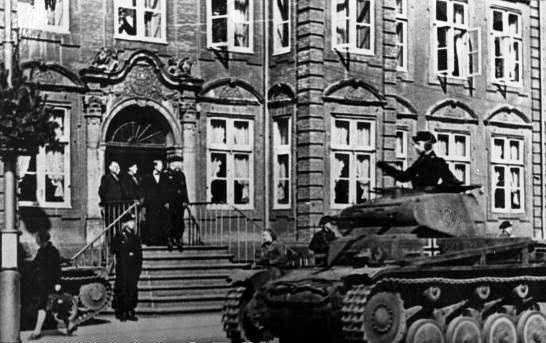 Kay Eberstern is a woman who has enjoyed her life so far.  She is happily married to Bror, she has her two grown-up children Tanne and Nils, she enjoys her flirtatious lunches out with her husband’s cousin Anton and takes pleasure in dressing and looking her best.  She is comfortable with her life, in her position, in her marriage.  She has everything she wants, there is no itching foot to be satisfied, she has no sense of lacking fulfilment.  Still, Buchan captures perfectly Kay’s horror as her husband Bror begins to collaborate willingly with the Nazis.  Kay is a British woman, her husband is a Danish man with a host of German relatives.  Despite over twenty years of marriage, the two are cast suddenly at odds. A key question in the novel becomes how can one maintain a relationship where one partner has to deceive the other.  Fra Eberstern may be physically faithful to her husband but her politics are another matter and it is heartbreaking as she is slowly ripped from him by the barrier of diverging ideologies.

Fiction set in World War Two often invites the reader to speculate how they themselves might behave were they to be transplanted into these situations.  Although it has been seventy years, World War Two still seems like recent history.  Buchan’s novel takes this as a particularly strong theme as the main characters hope and pray that they will have the courage to remain steadfast during interrogation should they be caught.  It is that sense that we cannot truly know ourselves and we are capable of that adds an extra layer of fear.  One character goes through training to be an agent and is given a mock interrogation, although she knows that it is not real it is nonetheless a horrific scene.  Kay may have only meant to dabble her toe in the waters of espionage but Buchan makes clear that there is no middle-ground; once you have said yes once, you are as culpable as the rest.

As Kay tries to protect the young agent Felix from prying eyes, back in Britain there are a host of secret listeners working to take down and analyse transmissions.  Mary Voss and her colleagues come to know and recognise the ‘fists’ of the agents who are signalling to them and the young Ruby Ingram has a creative eye for increasing security.  Ruby was a particularly well-drawn character with more than a passing resemblance to the celebrated Mavis Lever.  Again, there is a nurturing feel to I Can’t Begin To Tell You which is absent from the majority of spy fiction as Mary remarks on how she cares for and worries about her agents, longing to send them some kind of sign of encouragement.  Ruby frets that the ‘poem code’ system which the agents have to follow is open to abuse but all struggle to have their voices heard in the male-dominated environment.

The novel is based on the unspoken, on that which cannot be said out loud.  Ruby and her love interest Major Martin ponder whether or not one of their agents has been broken and how he might begin to let them know if this were the case.  Mary feels adrift, alone and unmarried and unable to tell anybody about the work she is doing.  Kay is forced to create distance between herself and her family both because she is unsure who can be trusted and also as she does not want to endanger them.  Men and women fall in love but are unable to ask each other the most simple questions.  Relationships wither as secrets bloom.  The British secret service was legendary for its successes but its insistence on the separation of different departments here makes it almost impossible to find out the truth when nobody who knows anything will be allowed to speak. 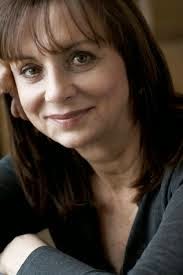 I Can’t Begin To Tell You is not free from moments of cliché.  At one point, two of the characters acknowledge that the only thing that was certain was that nothing is ever certain, which really made me wince.  Still, its view of spycraft looks past the glamour and excitement to the constant fear surrounding the life of the undercover operative.  It is painful to watch Kay gradually lose all that she has loved and treasured, that a marriage that had been loving and respectful and trusting becomes poisoned by the shadow of the Nazi threat.  We do not have to read ahead to know that for her there will be no real way back.  She simply has to feel the hurt as her husband walks past without stopping to give her a kiss, the burning guilt as her daughter is drawn in with her and the constant gut-swimming terror that the next knock at the door will be the one that she has been dreading.  The finale made me genuinely tearful.

Buchan’s novel has obviously been meticulously researched but it never appears clumsy.  I noticed that she cited Virginia Nicholson’s outstanding Millions Like Us in her bibliography and Buchan has captured the tone of the period perfectly.  She conjures vividly the cold government corridors peopled by FANYs and Wrens rushing about their business, never speaking to each other and then also Kay’s beautiful home Rosenlund.  The two sets of characters will never meet, never know each others’ names – this is a novel of secrets, where life-long friends prove false and where one has to put one’s life in the hands of strangers and just occasionally, to pray that those who you have betrayed may possibly be able to offer forgiveness and salvation.

4 thoughts on “Review: I Can’t Begin To Tell You, Elizabeth Buchan”