By title alone I was always going to want to read this.  Reading the synopsis turned it into an over-whelming need, particularly since nearly all the books on the cover were ones that I had adored passionately too.  I wanted this book so badly I didn’t even wait for the paperback.  Having finished it, I just want to invite Samantha Ellis round for a cup of tea so we can talk things over further.  I would even be prepared to bake for the occasion (I really like baking so that isn’t a hardship but my point is that I would want to impress).  This is a Book To Treasure.

How To Be A Heroine (Or, what I’ve learned from reading too much) was prompted by a chance conversation; a trip to Top Withens in Haworth with her best friend led to the question of which heroine was best, Jane Eyre or Cathy Earnshaw.  Samantha assumed it was Cathy, “Obviously Cathy.”  Her best friend disagreed.  A reread made her feel that she had been living her life like Cathy when she should have been following sensible Jane’s example.  Naturally this prompted an literary identity crisis as Ellis wondered what other characters’ examples she had been unconsciously following and so the book was born.  As Ellis takes her trip down her personal literary memory lane, we step with her through each stage of her life and ponder what reading can mean and how far we can ever take advice from the behaviour of fictional characters.

Ellis is a successful playwright who grew up in London in an Iraqi-Jewish family, she grew up with tales from the motherland and with the assumption that she would marry a suitable Iraqi Jewish boy when the time came.  Ellis seems to have struggled with her own cultural identity as she started to question her own eventual destiny and indeed her religious faith.  Where exactly did she fit in?  Like any true book-worm, she turned to her reading for guidance.  Each chapter centres round a literary heroine who was important to Ellis at a different stage of her life but also takes in other heroines around the same theme.  Ellis is an elegant and witty writer and her observations are alternately hilarious, nostalgic and poignant.

I have always found it fascinating how you can have a completely different reaction to a novel depending on when you read it and the idea of revisiting past literary idols is thought-provoking. Ellis deftly weaves between her past and present readings, explaining what each heroine first meant to her and contrasting her adult interpretation.  The first chapter is devoted to Ellis’ childhood favourite The Little Mermaid, she is astonished to realise that she had been ‘so keen on a story about a mermaid who gives up her voice for legs to get a man’.  As a child she had wanted to marry a prince and been distraught to discover that ‘there were no Jewish princes.’  The adult Ellis explores the dark side to the other fairy tales (Sleeping Beauty becomes ‘that object of every necrophiliac’s lust’).  She gradually grew up and realised that there was more ‘more to life’ than being a princess. 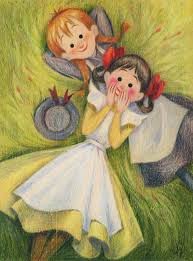 Further chapters focus on Anne Shirley of Green Gables fame who taught Ellis that even ‘dreamy misfits could find people to understand them’, Lizzie Bennet (we all know her), Scarlett O’Hara who taught Ellis to flirt, Franny Glass who helped her through a faith crisis and many more.  Re-readings prompted Ellis to wish that she had realised post-Pride and Prejudice that not all arrogant men ‘are secretly lovely, some are just arrogant’.  I was glad that someone else had felt irritated that after Sara Crewe is rescued from the attic, she took her old friend Becky on as her maid rather than continuing to treat her as an equal – Sara after all was a princess while Becky would remain an urchin.  More profoundly, while Sylvia Plath’s The Bell Jar may have been what led Ellis to go to Cambridge, it was also a book to be cast aside when she began to be afflicted by seizures in her 20s.  Plath was ‘navel-gazing, luxuriating in her own misery.’  Ellis chose instead to be a survivor.

It was interesting to contrast my own childhood reading – I never really liked the Disney princesses, but I had a real Three Bears obsession.  I didn’t want to be Goldilocks, I just wanted to be a bear.  When I got to around the age of four my allegiance partially switched to Postman Pat.  I liked his cat.  Another early role model was Basil Stag Hare, one of the hares from Brian Jacques’ Redwall series which was essentially a hare with the personality of a brigadier.   Despite liking pink I wasn’t a very girly child – I refused to wear dresses from the age of four onwards after someone lifted my skirt during the early weeks of school.  Still, I do remember that my first childhood crush was on Dickon from The Secret Garden, watching Andrew Knott who played him in the film reappear in Gavin and Stacey unearthed strong childhood memories.  Because of him I did vaguely want to be Mary Lennox, plus I thought the scene where she fought with her cousin Colin was hilarious.  I liked characters who answered back.

In the same way, I did want to be one of the Fossil sisters in Ballet Shoes and I also adored Catherine from Catherine Called Birdy, Ella of Ella Enchanted and Noisy Nora.  Like Ellis, I was in awe of Flora Poste when I first read Cold Comfort Farm.  It has never really gone away – I would still like to be her.  Armed with a book, Flora steams in to Howling and sets about straightening the Starkadders out.  She is not ‘rescued’ by a man at the end but rather when she feels that she has really proved her own independence, she calls up the boy she likes and he comes to get her by plane.  Flora Poste sees to herself.  I have often liked to amuse myself to imagine What Would Flora Do and replacing characters in books with her – confusions would usually be wrapped up a good deal more quickly. 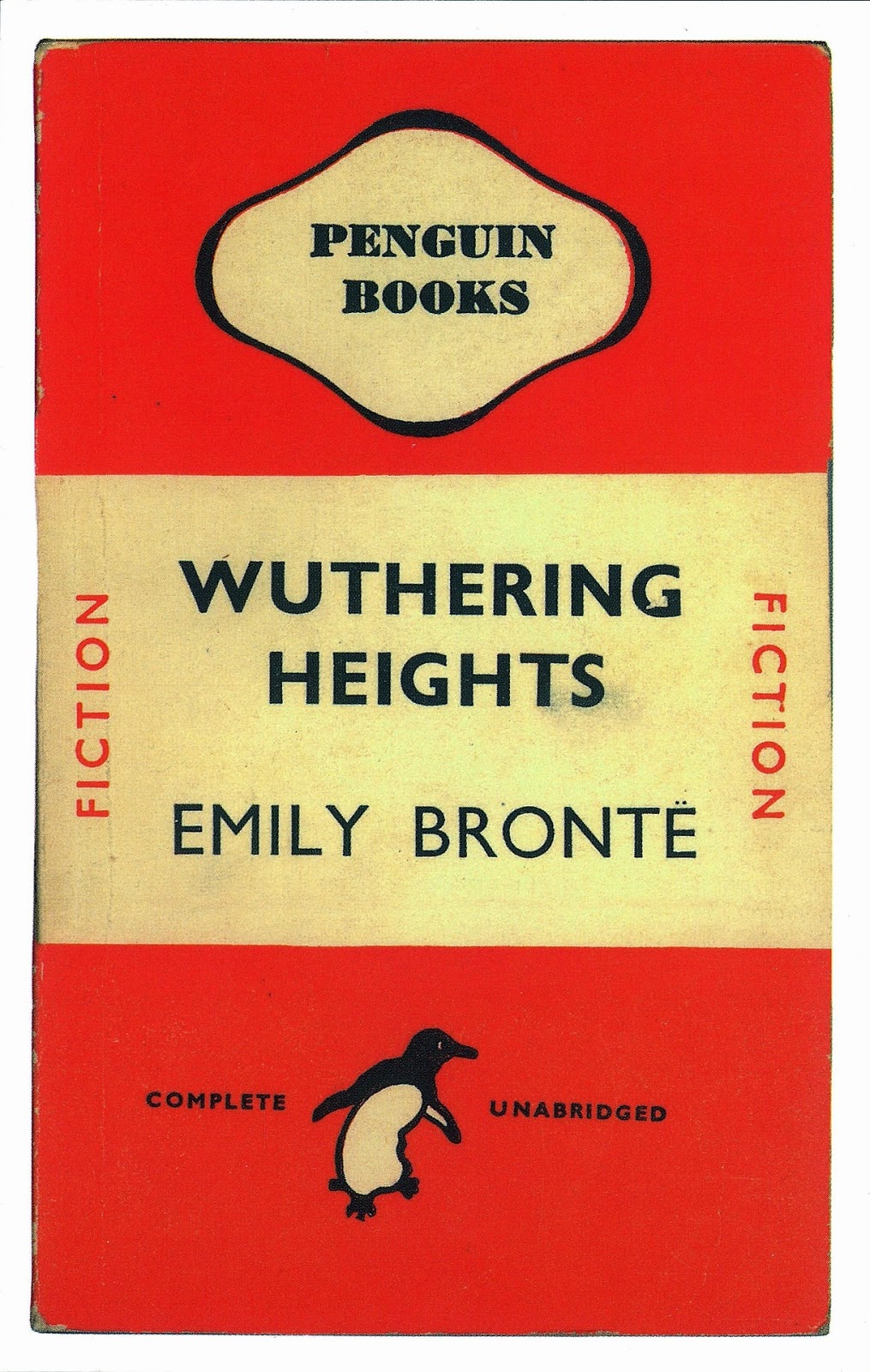 Ellis retells the stories of her own past relationships, usually explaining how they were influenced by what she was reading at the time.  She is a light and self-deprecating and her personal anecdotes are always well-drawn and serve her point well.  From the beginning, Ellis is honest about her adoration of Wuthering Heights but I was truly alarmed for her as she remarked that it had been a kind of template for the love she was searching for in her romantic relationships.  I first read Wuthering Heights at thirteen when I was still conscientiously objecting to adulthood and all that it entailed.  I loved it because it was not a romance.  The characters all hated each other, even the ones that were supposedly in love.  I thought Ellis had made a true revelation though when she commented that with its emphasis on ‘transcendent love, operatic love, excessive, abandoned love’ it could only have been written by someone who had never actually been in love.

While Ellis concedes that we perhaps read our heroines for what we need from them at the time, she ultimately settles on Scheherazade as the perfect heroine for all seasons.  Resourceful, independent and inventive, Scheherazade writes her own fate and refuses to give up.  It had bothered Ellis that other heroines were too obviously ‘written’ – guided or manoeuvred by their authors.  As heroines of our own lives, we have nobody to guide us to our destination, to the door which has the miraculous happy ending behind it.  As Samantha Ellis puts it, we have to be our own writers.  Or as Nora Ephron wrote, be the heroine of your own life, not its victim.

I loved, loved, loved this book.  It is not literary criticism although it may be shelved as such, it is instead a chatty and laid-back look at all of the literary heroines we love and some who we can afford to hate.  Ellis’ words are warm and wonderful and she is never snide, it was a real pleasure to look back on the books that had meant so much to her.  My only regret was that I could not tell her about all of mine.  Now please excuse me while I go and re-read everything I have ever owned ever.

Buy on Amazon.co.uk
Buy on Amazon.com
Buy on BookDepository.com
Buy from Foyles Books (UK)
Buy from Waterstones
How to Be a Heroine by Samantha Ellis
Published by Random House on January 8th 2015
Genres: Biography & Autobiography, Literary
Pages: 272
Goodreads
ISBN: 9780099575566

6 thoughts on “Review: How To Be A Heroine, Samantha Ellis”