The recent commemoration of the D-Day landings and Victory in Europe once more emphasises how forgotten are the soldiers who fought in the Pacific Campaign.  While most veterans of the European conflict would state that not all German were Nazis and that under other circumstances they might have befriended many of the men who they fought against, those who fought in Japan told a different story.  Richard Flanagan dedicates this, his sixth novel, to his father ‘prisoner san byaku san ju go’ (335), the number given to him by his Japanese captors.  Few writers would be so well qualified to speak about the Burmese railway and the novel which Flanagan crafts on the topic is savage yet beautiful.
Sharing its title with a poem by celebrated Japanese haiku poet Basho, Flanagan’s hero is one Dorrigo Evans.  Reminiscent of Slaughterhouse Five, Flanagan’s narrative travels up and down Dorrigo’s life-span, juxtaposing the horror of his captivity with his illicit love affair with his uncle’s young wife.  Flanagan is writing no simple story in condemnation of Japanese atrocities; The Narrow Road to the Deep North is a study in the nature of evil itself and of how a good man and a very bad man can live a whole lifetime in the one body.  Of all the novels that I have read this year, this has very possibly been the most thought-provoking.
I read this novel as a total novice – although I have read about Anzac Day, I had had no idea of how the Australians had suffered as prisoners of war in Japan.  I knew very little about the Burmese railway or the post-war trials.  For the men who were on the line, after the war there were only ever two kinds of men.  Those who were on the Line and the rest of humanity who were not.  For Dorrigo Evans, there is an added confusion as he himself is hailed as a hero, the courageous young doctor who fought to save the lives of his men from beatings, starvation and cholera.  He sees his own image reflected on charity letterheads and commemorative coins – for a poor boy who grew up in Tasmania sleeping under the skins of the possums that his family had snared, he has done very well.  Yet he wanders from bed to bed, continually betraying Ella, his long-suffering wife, his spirit fast asleep. 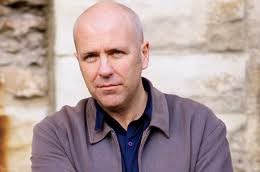 From his middle-age, we travel back to Dorrigo’s time in the jungle.  Hailed as ‘The Big Guy’ by his fellow prisoners and respected as none of the officers are, Dorrigo tries to maintain a defiant stance in the face of their oppressors.  Of course, as Flanagan points out, even the Japanese guards are at the mercy of the Emperor’s caprice.  Targets change daily becoming increasingly stringent and nobody is truly free.  As the men sicken and die, the guards demand more and more workers on the railway.  Of the thousand prisoners, Dorrigo can only judge three hundred or so fit to work, but even that is not the real number.  ‘The real number is zero’.  The reader walks with Dorrigo through the tents of the sick and the dying, we wince away from the men in their fevers, Flanagan’s prose is evocative and strangely dream-like.  Dorrigo keeps going because he can see his own importance as a figurehead, he is ‘a weak man whom the thousand were forming into the shape of their expectations as a strong man’.

His companions, Darky Gardiner, Rooster Macneice, Rabbits Hendricks, Sheephead Morton, are all typical young Australian men.  Once strong and full of hope, they are each crushed in some way or other, and they each have stories of their own to tell.  The racist Rooster is memorising Mein Kampf, Rabbits makes drawings of camp life, Tiny Middleton tries to ‘show the yellow men what a white man can do’ but only ends up increasing work quotas.  For those who survive, survival is not what they expected.  Death finds them ‘quickly, strangely’, there are suicides, disappearances and strange diseases.  In one bizarre episode, the reunited veterans attack the tanks in a fish shop to liberate the fish back to Constitution Dock.  Sobering up later, they go back to apologise to owner but find that he too lost a son, meaning that he understands without understanding.  None of the characters are ever able truly to leave the jungle.  The national hero Dorrigo is a domestic failure, in contrast with his erstwhile tormentor Nakumura who finds virtue in marriage and parenthood, beloved by his family but remains haunted by his true self.  The mutual disappointment of their survival is almost as barbaric as anything that happened on the Line – a stark warning of lives ill-lived. Amidst all of this, Dorrigo’s love affair with his uncle’s wife might seem an afterthought or an unnecessary adjunct but Flanagan is far too assured a writer to let such a thing happen.  Interwoven with Dorrigo’s later life and time in the jungle, we see him engulfed by his passion for Amy, who is not beautiful and is no establishment stalwart like Ella but who is wide-eyed and enchanting.  Their meeting in the bookshop is beautifully drawn.  Truthfully, it is rare for a chance encounter to be drawn with sufficient power for it to seem credible that both characters are affected but the attraction between Amy and Dorrigo is palpable.  Dorrigo’s eventual wife Ella creates a stark contrast, insisting on calling her husband by his true name ‘Alwyn’ and after years of betrayals, merely committed to the marriage by duty.  The reader wonders why he never sought Amy out again post-war, but love itself is a core question at the heart of The Narrow Road – how can you love anyone when you have seen such terrible things?

A common question in much of 1940s fiction was how the Germans could be capable of creating things of such beauty whilst also being guilty of such atrocities.  The contrast between the beauty of the haikus quoted by the Japanese guards and the unspeakable cruelties they are capable of is stark.  It is a cliché to dismiss the Japanese race as cruel or even to puzzle over the lyrical beauty of their poetry. The Narrow Road to the Deep North confronts acts of horrific barbarism and offers us no answers, but rather encourages the reader to sit a while with the questions.  Flanagan hints at the redemptive power of words, that poetry has the power to act as talisman, that words themselves can save us.  When another prisoner remarks to Dorrigo that a poem is not a law, Dorrigo is startled to realise that ‘it more or less was’.

Flanagan has created a true masterpiece with this novel, casting light on a period too often neglected by history.  Intricate and neatly woven, we wander in and out of Dorrigo’s memories and those who shared in the horror.  Dorrigo himself is not sure of how much he can remember accurately, he certainly does not believe in his own heroism.  As Nakumura dies quietly, his family unaware of his past, the reader is left to wonder how far a man can be judged as the sum of his parts.  In the pre-war past, Amy watches the fish swimming and sees that they are all swimming in the same direction and cannot break free of the tide.  They cannot change their fate and indeed, can any of us?

Review: If I Could Tell You, Elizabeth Wilhilde

One thought on “Review: The Narrow Road to the Deep North, Richard Flanagan”