Colm Toibin’s novella attempts to grant a voice to the most famous mother in history, the Virgin Mary herself.  The Testament of Mary was Booker-nominated and it is easy to see why, it leaves a sharp and harrowing impression of Mary in her old age, a quiet woman but still seething with unspent rage about what became of her son.  She is not the blameless and unquestioning figure of the Nativity; the ordinary sentimental associations with Mary are absent.  Toibin’s Mary has the secular concerns of the mother as well as the brittle intensity of the trauma survivor.  She gave birth to a child, loved him, saw him grow and then had to watch him die in the most horrendous way imaginable.  Many religious groups denounced Toibin as a blasphemer but I found this to be a bold and creative vision of a woman whose name has been requisitioned by a religion but whose true self lies ignored.  The image of Mary has been recognised for over two millennia but we have never known the woman behind it, Toibin’s story cannot give us the truth but it can encourage us to remember the mother who watched her child in his suffering.

Mary tells us her story from her small house in Ephesus, she lives there with her bills paid by her son’s friends.  She is bothered by his friends’ insistent visits, disregarded by them in her own home and she hopes that they see her contempt for them when they look at her.  Like mothers everywhere, she is bitter at what they encouraged her son to do, looking at them all as misfits.  Mary is an enigma to them, a cypher, the mother of their leader but of no interest in herself.  She insists on one chair being left alone, echoing the empty seat for Elijah at Passover but when they assure her that her son will return, she snaps that it is being kept for her husband and that they must leave it alone. 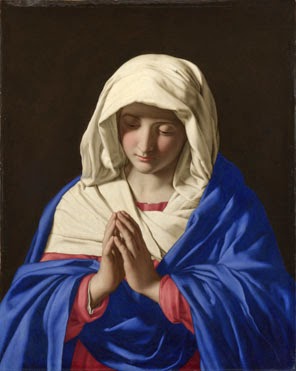 Mary’s testament to us to private, she cannot speak her son’s true name and he becomes simply ‘my son’ or ‘the one who was here’.  The disciples are writing down their own account of his story but they have the written word and Mary does not.  She is well aware of which version will survive and her passive resistance against their re-branding irritates them.  Mary retells several stories of Jesus’ miracles but in her voice, each takes on a darker twist.  The healing of the blind man becomes a story told through Chinese whispers, not to be trusted.  The transformation of the water into wine happens at a wedding which Mary only attended in a frantic attempt to persuade her son to give up his ministry and return home with her before the authorities could wreak their vengeance.  And the raising of Lazarus becomes an act contrary to nature as Lazarus is raised to a life where he constantly cries out in agony.  Each story acquires a more disturbing glimmer but the very worst is saved for the conclusion.

The crucifixion unleashes Mary’s love for her son and her agony that she cannot save him.  It would be insulting to the character Toibin creates to make her ‘poor Mary’, an object of pity.  Despite the setting, I felt that there was a real Irishness to Toibin’s characterisation; Mary’s calm exterior masks the pain still fresh within.  Her impotent rage at what they did to him, the way that his pain was refashioned to suit his cause – none of it matters to Mary.  I was reminded of Victor Hugo’s Lamentations where he mourns his mistress’ daughter who may now be a heavenly creature in death but ‘that is nothing to her mother who cries’.  Still, Toibin challenges the traditional crucifixion tableau by having Mary flee to save herself before her son’s death, an act that clearly haunts her. 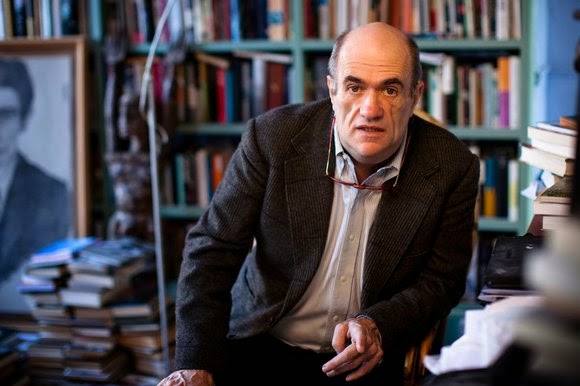 Toibin’s Testament is written to seem like a universal experience – the pain with which a loving mother has to let go of the adult child.  She cannot make his decisions for him, he will go his own path, ‘the boy became a man and left home and became a dying figure hanging on a cross’.  She recognises even as she watches him on the cross that ‘the pain was his, not mine.’  Still, the final pages detail her on-going grief as she tries to explain quite how much she wants it all to not have happened.  Toibin’s Mary did not want this, did not want any of this, not the salvation of the world; she states very firmly ‘It was not worth it.’  The Mary of The Testament does not want our prayers, she quietly turns from the faith that has ruled her life and goes with her neighbour to pray to that other famous virgin Artemis.  I remember as a teenager visiting the Louvre and seeing statues of what I assumed was the Virgin Mary but to my surprise they had been sculpted long before she was born; Toibin is pointing out none too subtly that the cult of the virgin was nothing new.

This novella was written to be controversial, it goes directly against Marian doctrine and is hazy on the nature of Jesus himself.  Still, reading it as a committed Christian myself, I found it a beautiful and pensive read.  This is not The Da Vinci Code, there are no concrete theories here, The Testament of Mary is dream-like and a far more loving book than anything Dan Brown could ever write, with Mary a haunting and haunted narrator whose true story and self has been scattered into dust but whose shade has intrigued for over two thousand years.  It is an uneasy irony that Mary has been re-animated by yet another man, but this instance of narrative ventriloquism has at its core a humane interest in the woman herself, not to muffle her in the name of her son’s glory but an honest desire to have her be heard.

2 thoughts on “Review: The Testament of Mary, Colm Toibin”