The subject of the Broke and Bookish‘s Top Ten Tuesday this week is “Top Ten All Time Favourite Books in X Genre”, leading each blogger free to pick their genre.  I mulled over trying historical fiction but then I thought that I had not wandered into children’s fiction for a while so I decided to feature this instead.  Picture books are a vitally important way of supporting children in both learning to read and learning to love reading.  It is folly to think that they are ‘too easy’ or that they are something to move children on from, it is a vital stage on the reading journey and there are some true masterpieces in the genre.  These are my personal favourites … as a slight disclaimer, there are twelve this week, I just couldn’t bear to pick less! 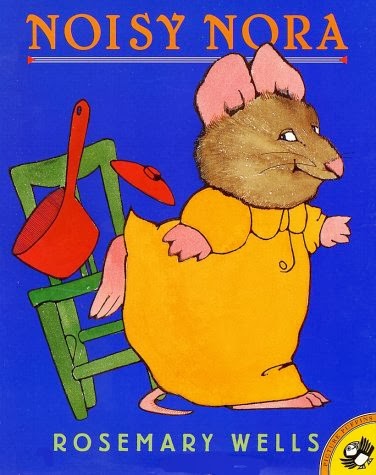 This is a delightful story about the irritations of being a middle mouse.  Nora tries to get her parents attention but they are far too busy!  Even now, I know the chorus off by heart.  “Quiet!” said her father.  “Hush”, said her Mum.  “Nora”, said her sister, “Why are you so dumb?”  Recently re-released with fresh illustrations, this story is still fresh as a daisy. 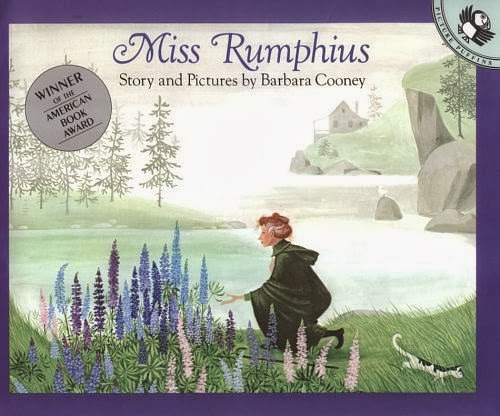 This was my mother’s favourite book from my childhood.  As a child, Alice planned to travel to far away places and then when she was old, she planned to live by the sea.  But her grandfather warned her that while that was all very well, there was a third thing that she must do.  She must find a way to make the world more beautiful.  As Alice grew up to become Miss Rumphius, she did just that.  This is a really beautiful story about the ways our own small contributions can make the world better. 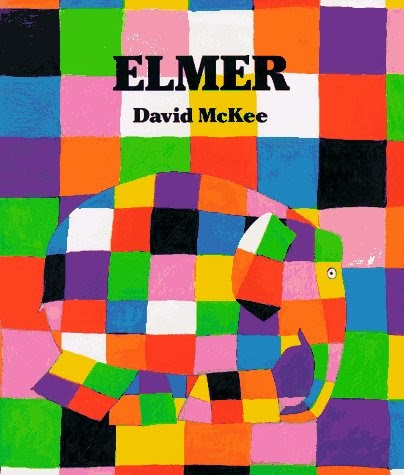 3) Elmer, David McKee (1989)
The story of Elmer the elephant is one of celebrating difference.  We all want to ‘fit in’, especially when we are growing up, but Elmer’s realisation that the other elephants love him for what makes him different is another good lesson for life told in an accessible and engaging way.  I am a huge Elmer fan, there are postcards of him stuck on my walls and for a nearly a decade, I had an Elmer keyring.  He is a very special elephant. 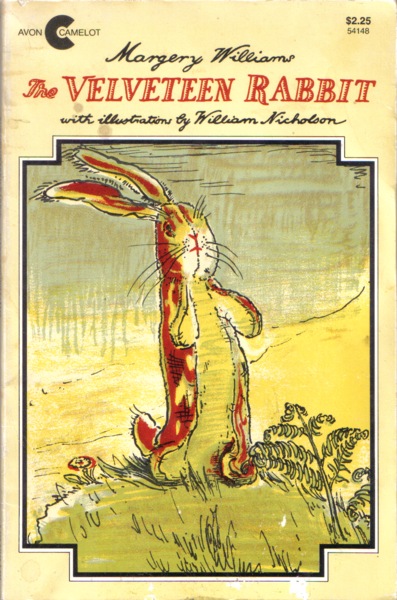 As a child, deep down one knows that certain toys have lives of their own.  They are real.  Margery Williams tells the story of one boy’s precious velveteen rabbit in a way that at times teeters into schmaltz but captures that passionate attachment that one can have to a beloved toy.  As we grow from children to adults, these old friends have to be left behind but The Velveteen Rabbit imagines for them a glorious afterlife that never fails to bring tears. 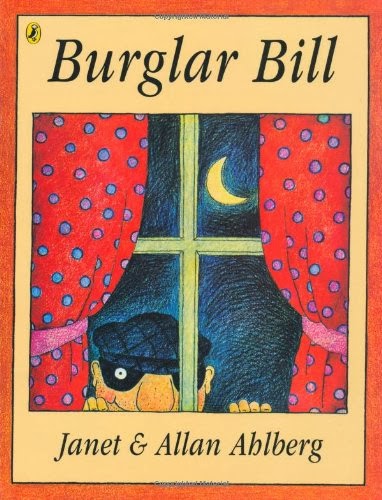 5) Burglar Bill, Janet and Allan Ahlberg (1977)
I still remember the first time my mother read this to me.  I remember the cliffhanger moment when Burglar Bill sneaks a peek into the box he has stolen … and lo and behold, a baby!  Janet and Allan Ahlberg were a superb team and it was with difficulty that I only picked two of their books because Peepo! and Each Peach Pear Plum were also very firm favourites. 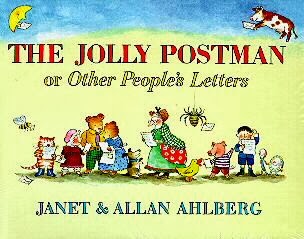 6) The Jolly Postman, Janet and Allan Ahlberg (1986)
This was such a ‘fun’ read as a child, it’s far more intricate than a simple ‘lift-the-flap’ book.  The Jolly Postman delivers letters to people across fairyland, with a letter of apology from Goldilocks and a spells catalogue for the Wicked Witch.  My personal favourite is the lawyer’s letter to the Big Bad Wolf warning him to vacate Granny’s House.  It’s such an original concept and beautifully told.  Yet another winner from Team Ahlberg. 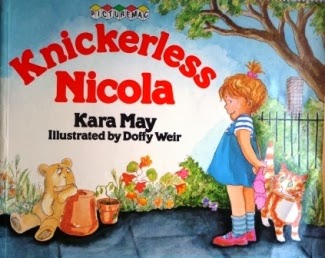 This book seems to be slightly less well-known – I certainly haven’t seen it in print for years.  Nicola is a little girl who keeps on taking off her knickers in the most unfortunate places, so her mother allows her to stop wearing them, only to discover that actually they are rather useful things.  Sticky bus seats, wind up the legs, nasty slides in the playground.  As a child I thought it was absolutely hilarious and a few years later, my younger cousin was similarly fascinated.  Neither of us were ever tempted to follow Nicola’s example though.  Knickers stay on! 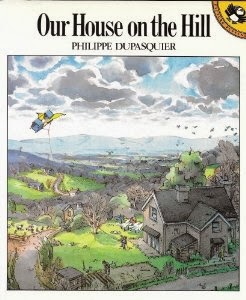 8) The House on the Hill, Philippe Dupasquier (1987)
This is a book without words but the story told is wonderful.  With a page for each month, a year in the life of a family is chronicled in perfect detail.  There are April showers, a family barbecue, a foggy October day and the day when a cow got loose in the garden.  Our House on the Hill offers opportunities for fantastic discussion as well as showing how every day life can have its very own beauty. 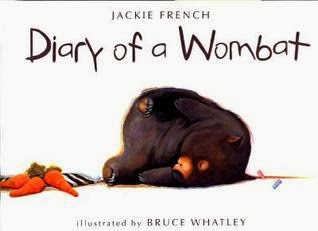 This was not something that I read during my own childhood, although I did actually own a surprising number of wombat related fiction; A Home for a Wombat, Wombats Don’t Have Christmas to name but a few (I was born in Australia).  I discovered this one a few years ago and it is hilarious – an unfortunate family find themselves adopted by a wombat whose simple desires for oats and carrots turn their lives upside down.  French presents everything from a wombat’s-eye view while Whatley illustrates the wombat’s blithe incomprehension of the family’s behaviour perfectly. 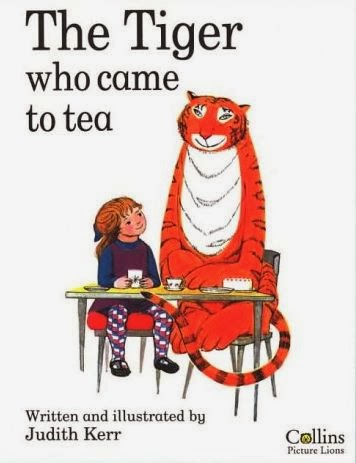 10) The Tiger who Came to Tea, Judith Kerr (1968)
Judith Kerr was a lady of many talents, writing When Hitler Stole Pink Rabbit and the fabulous Mog series.  Still, my personal favourite remains this one.  The Tiger arrives, is terribly polite but eats every scrap of food in the house, then leaves.  This book is delightfully surreal as the parents calmly accept the situation and simply buy in some tiger food lest the tiger pop by again. 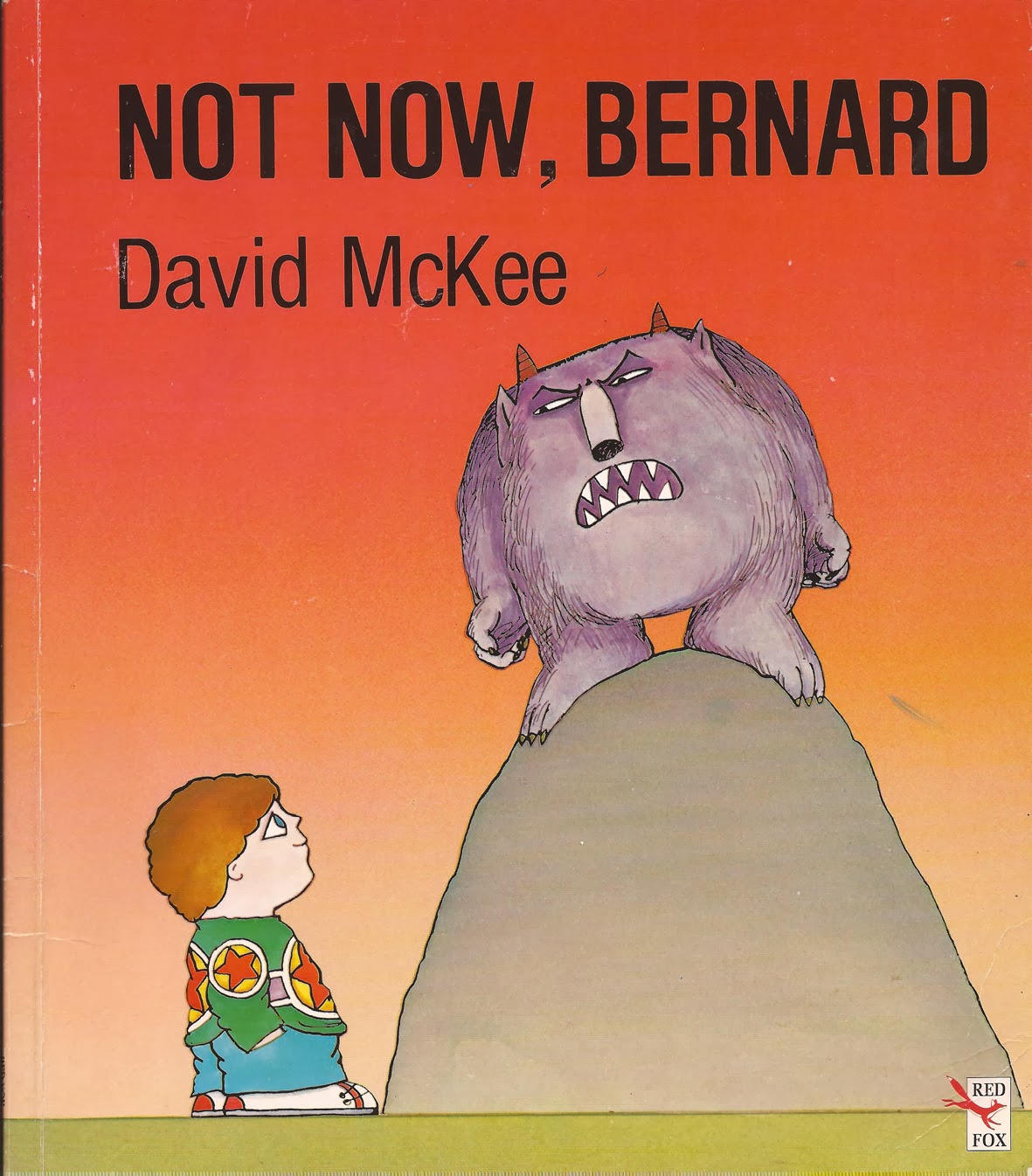 11) Not Now, Bernard, David McKee (1980)
This book is for every child who has ever felt like the adults just aren’t listening properly.  Poor old Bernard knows that there is a monster at end of the garden, knows that it is going to eat him but his parents do nothing but tell him, “Not now, Bernard”.  Even after the monster makes good on its threat and then stomps in the house, the parents continue to ignore him, leading to a very confused monster finding himself tucked up in Bernard’s bed, saying “But I’m a monster!” to which Bernard’s mother of course responds, “Not now, Bernard”.  Classic. 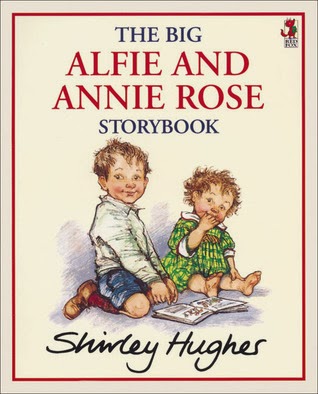 I felt like I had to pick this one.  I also loved Dogger and The Trouble with Jack but Alfie and Annie Rose were two stalwarts of my childhood.  Alfie Gets In First and An Evening at Alfie’s are classic tales of the every day adventure of being a child but I always liked this one best of all, featuring such stories as Annie Rose’s first word, the time when Alfie got to be a page boy and whatever became of Mr McNally’s hat.  Without there ever needing to be high drama, these are lovely stories with Shirley Hughes’ timeless illustrations.

I never actually read this one until last year but I laughed like a drain once I did – the resigned father who has been swapped back and forth between his son’s friends is just hilarious.

This one is superb, I read it with my class.  Traction Man fights battles across the house but is temporarily bested by a particularly foul Christmas present …

Review: The Lotterys Plus One, Emma Donoghue