So, The Broke and Bookish do “Top Ten Tuesday” and they do it every week.  While I cannot promise that I will keep up with it every week, I will try and give it a go.  So to kick off with, in part of my general amateur feminism, I thought I’d share with you all my top ten fictional heroines.  I know I could have joined in with the list the lovely people over at the B & B are doing this week but … I couldn’t think of ten popular authors that I hadn’t read yet but want to.  So we’ll do it this way this time and see how we go for the next one.

1) Catherine – Catherine Called Birdy.  Catherine was frequently silly and/or selfish but she was also passionate about her own destiny and unwilling to compromise.  She is one of the most believable fictional teenagers – often ridiculous, seldom dignified, always strong-willed.  She may be living in the Middle Ages but she’s no doormat.  I think that her true brilliance comes not from her challenging of the status quo but rather from her acceptance of it, she is going to be herself and make the best of her situation.  There is courage there that goes beyond mere rebellion.

2) Lyra Belacqua – His Dark Materials.  Lyra burst onto my consciousness in The Northern Lights as she walked across the Jordan College dining hall to spy on the Retiring Room.  From there on, I was hooked.  Lyra and her daemon Pantalaimon are quickly swept into an epic battle of Good versus Evil although it is not always clear which side is which.  Lyra is on several occasions given the choice between what is easy and what is right and her courage is what is at the heart of the books.  Without her, His Dark Materials would be terribly drab. 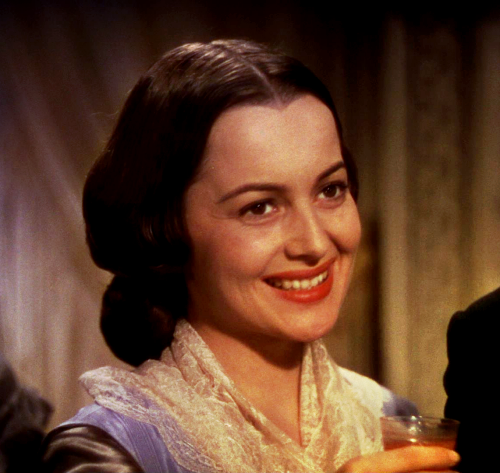 3) Melanie Hamilton Wilkes – Gone With The Wind.  I recently read Gone With The Wind and while I had a sneaking fondness for Scarlett O’Hara, I couldn’t help but feel that the better role model was Melanie.  She had all of Scarlett’s courage and willingness to work but she also possessed a massive heart full of love for everyone who crossed her path, even when they did not deserve it.  Far stronger than her husband, far stronger than her best friend, her tragic early death is the sign that everything is about to fall apart.  We all have our unfortunate Scarlett moments but Melanie Wilkes is a woman who knows herself. 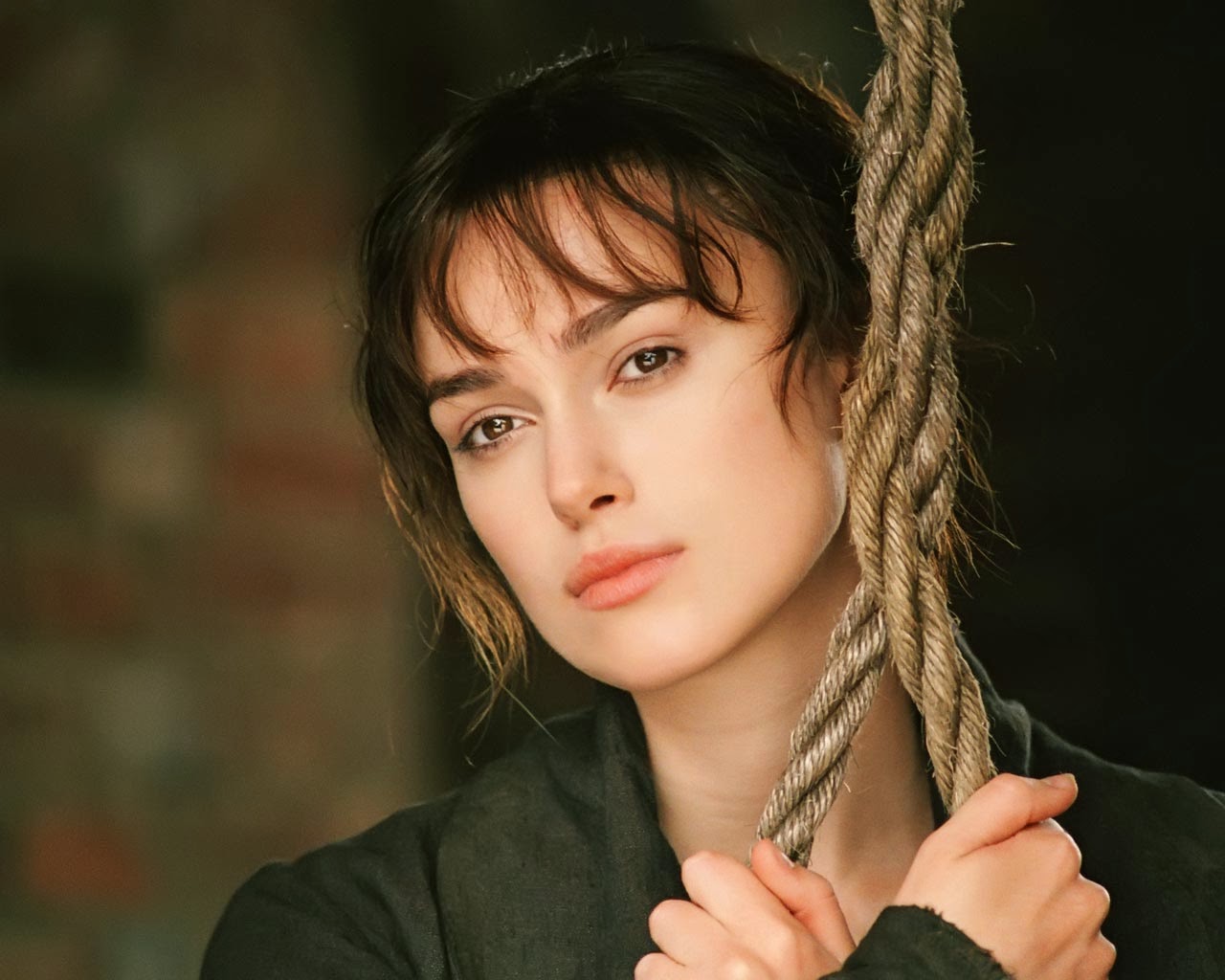 4) Elizabeth Bennet – Pride and Prejudice.  Lizzie Bennet is the female lead of a flawless masterpiece, even Sheldon Cooper says so.  Elizabeth is witty and intelligent, she will not compromise with a marriage of convenience to Mr Collins, she will only contemplate a husband whom she can love and respect.  As a reader, I am always tempted to think that Elizabeth is the closest to Jane Austen herself – certainly some of the ironic observations are familiar.  Elizabeth is a passionate heroine, people have been falling in love with her for over two centuries and I can imagine that they still will in another two. 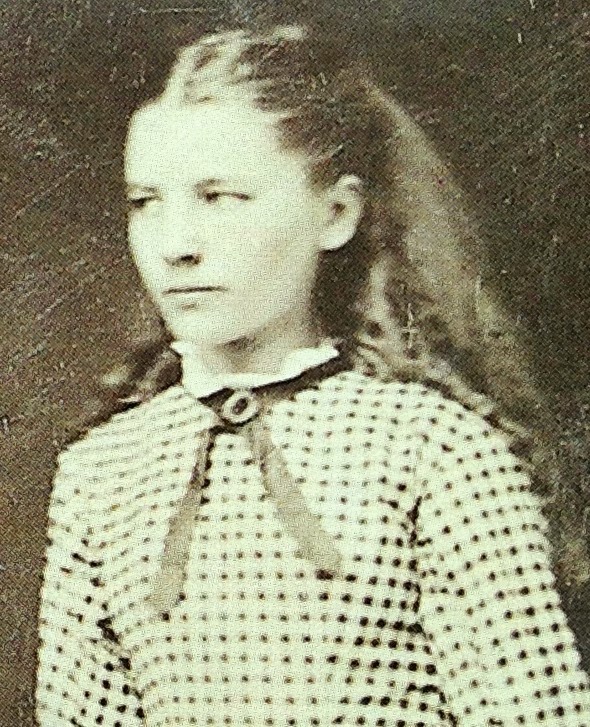 5) Laura Ingalls Wilder – The Little House series.  Technically, Laura is not fictional although it is well-known that the Little House series was heavily edited by Laura’s daughter Rose.  My mother and I read the first instalment when I was five and so was Laura and we kept on going all the way to These Happy Golden Years, when Laura was eighteen and ready to marry.  In lots of ways Laura reminds me of my grandmother, she is sharply observant and the way that she captures the bygone age of the Wild West with sparse yet effective description has always remained in my memory.  Laura is not easy-going but she is always a determined and inspiring woman.

6) Josephine March – Little Women.  Ah, another fictional woman who I wanted to be.  Partly, I wanted sisters and she has lots.  Also, I wanted to be a writer and she gets to be one.  Hmm … I guess I am one now.  Jo March is a feisty heroine in a Victorian age, she defies expectations of women, she fights for her own dreams and her own independence.  It would have been easy for her to slide into a relationship with Laurie, too easy, and she is searching for a situation that is truly challenging.  Jo March does not look for what is easy, she looks for what is difficult and she has a truly amazing heart.

7) Hermione Granger – Harry Potter series.  I know, Hermione has become a rather clichéd heroine over the past decade or so.  She’s a genius, she gets her guy, she is played by Emma Watson.  However.  When I started reading Harry Potter in 1997, that was all in the future.  I was a geeky little girl who carried six books around at playtime and who had no social skills – I related all too well to her insecurities and her obliviousness to social norms.  I think that JK Rowling should be celebrated for writing a girl who can beat people with her brain, who doesn’t dumb herself down to impress her peers and who fights for social justice in her own unique way.  There is a reason why she is such a well-loved character. 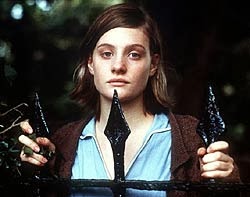 8) Cassandra Mortmain – I Capture The Castle.  Cassandra is on the cusp of adulthood, an aspiring writer keenly observing her eccentric family in their crumbling castle.  It will be a summer of great discovery for her, Cassandra notes carelessly that she knows ‘all about the facts of life, but I don’t think much of them‘.  It is not always a cheerful book – deep down, I was Team Stephen – but it is one that captures the pain of growing up and first heartbreak.

9) Ella – Ella Enchanted.  Stories of Cinderella tend to irritate as soon as you become old enough to wonder, ‘Why didn’t Cinderella just say no?”  Ella answers that question.  She is the recipient of a rather unfortunate gift from a fairy godmother, she has been given obedience.  Rereading as an adult, I was able to think of some even darker consequences than the ones that feature in the novel.  The movie adaptation is better forgotten but Ella on the page is enchanting rather than enchanted.  I loved that this was a version of the old story where Ella got to save the prince rather than the other way around.  She is a passionate heroine who chooses her own fate.

10) Brienne of Tarth – A Song of Ice and Fire.  Brienne is the Lady who is a Knight.  Normally I tend to have a prejudice against characters like this – I resent female characters who have to stop being female to gain respect.  Brienne is different.  She is conflicted, she has a pseudo-maternal relationship with young Pod and loved King Renley but ultimately, Brienne longs for chivalric glory.  It is ironic that she is in many ways the most honourable knight in Westeros and my own favourite character.So that’s my Top Ten … what about yours?
Share this post ...
(Visited 508 times, 5 visits today)