Elephant in the room.  It is a real shame that we cannot read this as Rowling intended us to, free from any associations to her past work.  Rowling has had an almost unprecedented degree of commercial success, but this has come with an almost equal degree of expectation – everyone is watching for her to fall.  Recently, Lynn Shepherd wrote a bizarre article in which she attacked Rowling for having the temerity to continue to write despite having already achieved success.  Getting published in the modern climate is nigh on impossible, the sad demise of the Net Book agreement means that publishers no longer have the same flexibility to nurture new writers who may not achieve immediate financial success.  Still, that is not an excuse to disparage a talented author who has overcome all of this against all the odds.  And Joanne Rowling does have talent.

The Cuckoo’s Calling was sitting patiently in my Kindle for a couple of months but after all the Shepherd fuss, I felt I should actually check and see what my own opinion was of Rowling’s post-Potter output.  It is rare for me to read detective fiction – I have never liked books that are written to shock and this seems to be what a lot of crime fiction has been aiming for over the past few years.  If I read crime, it tends to be Cadfael, I don’t like high body counts and I don’t like violence being made to look artistic.  However, despite it being a book that I would ordinary skirt around, I really enjoyed The Cuckoo’s Calling.  Finishing it yesterday, I was delighted to hear that a sequel is in the pipe-line.

The Cuckoo’s Calling is a classic detective story – the brilliantly named Cormoran Strike is the hard-bitten ex-army private detective who has come back from Afghanistan minus a leg.  He’s broke, he has only one client and he has just split up from his long-term girlfriend meaning that he is now living in his office.  After all, what kind of a detective would he be if his life was running smoothly?  Assisting Strike in his work is the enthusiastic and hyper-efficient temp Robin Ellacott, freshly arrived in London and newly engaged.  So far, so standard detective.  Still, Rowling’s strength as a writer has never been so much that she created entirely original scenarios but rather the way in which she injected new life into what has already been tried and tested.  Cormoran may be a grumpy almost-middle-aged man, but there is a warmth and a determination to him that makes for a surprisingly charismatic protagonist.

It is unusual to come across private detectives in contemporary fiction.  Modern police procedures have moved us from the age of Poirot and Marple – private detectives do not have access to material that would allow them to investigate murders.  Even the modern BBC adaptation of Sherlock has to specify that he is unpaid.  Much of Strike’s workload appears to be far less exciting cases of surveillance for suspicious spouses … until of course, he is asked to look into the suicide of supermodel Lula Landry by her brother John.  Lula’s death has already been ruled a suicide, meaning that there is no police investigation to shut Cormoran down – it seems to be an open and shut case.  Lula Landry is painted as a blend of Kate Moss and Amy Winehouse, there is a bedraggled junkie on-off boyfriend in the background and she was by herself in her flat when she fell from the balcony.  As Galbraith notes, ‘The dead could only speak through the mouths of those left behind, and through the signs they left scattered behind them‘; Strike has to read the signs and get to know the woman behind the fame if he is to uncover the truth.

Fictional detectives can be incredibly clichéd, yet Cormoran Strike is a surprisingly enjoyable addition to the canon.  The accidental illegitimate child of a rock star who cost his father ‘an extra two million’ in the ensuing divorce, Cormoran has only met his father twice and lost his “super-groupie” mother to suicide while still a teenager.  Cormoran does not belong in this world of fashion designers, rappers, models and miscellaneous celebrities who are famous for being famous but in seeking to find out more about Lula (known as Cuckoo to her friends), he is forced into their orbit and so finds himself amongst people who know him only as his father’s son. 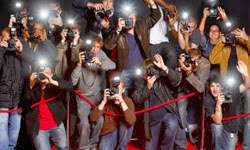 At this point, it becomes hard to detach The Cuckoo’s Calling from its author.  Perhaps this is felt more strongly because of all the drama surrounding Robert Galbraith being unmasked.  Still, it was disconcerting to read a detective novel that focuses so much on celebrity culture that had been written by someone who has so conspicuously fought to keep her private life out of the public eye, she even testified at the Leveson inquiry recently.  JK Rowling was not born famous, indeed it is hard to think of another contemporary author who has been the subject of a comparable amount of press speculation – the press chose her, not vice versa.  I was particularly caught by her vivid description of Cormoran’s exit from a club under the gaze of dozens of paparazzi, the ex-soldier Strike is struck by the similarities to being under enemy fire and the parallels are obvious.  While other writers have described similar scenes, I cannot think of another that really captured the intensity with the same success.

Rowling is in an almost uniquely privileged position to critique celebrity culture.  At one point Cormoran muses on ‘the assumption of intimacy fans felt with those they had never met‘.  He trawls websites filled with poorly spelt and ungrammatical tributes to Lula, declarations of love for someone they did not know, who never knew them and yet who they presume to speak for.  Rowling never takes a scornful tone towards her public, earlier Cormoran also observes the role of mass media, ‘Bombarded with the story, you grew interested against your will‘.  I well remember how every year Big Brother would start up, I would fail to watch so much as a single episode but yet mysteriously, I would still know the names of every single contestant by the end of the summer.  We may take a high-minded tone and pledge to ignore that which could not possibly interest us, but we absorb it all just the same. 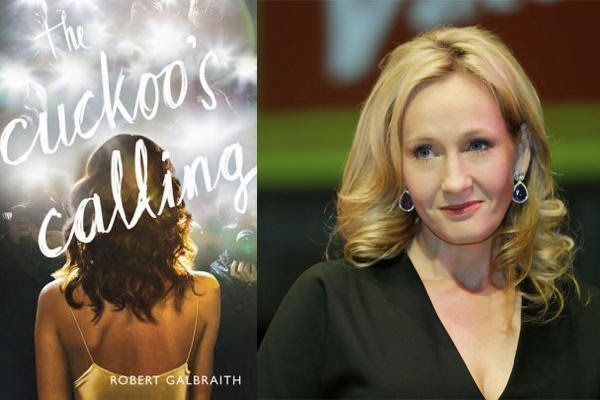 Another thing that has always impressed me about Rowling’s writing is her description and her characterisation.  I have a tendency when reading to picture things happening in places that come from my own experience.  For example, the living room in the house I grew up in, the kitchen in the place I stayed for my third year at university, the park near where my grandparents live.  When I read something by JK Rowling, I always feel as if I am being taken somewhere new.  There is no possible way of knowing whether the office that I imagined was the same as the one that Rowling had in her head but it was nice, even familiar, to be back with a writer who is able to so confidently offer passage into her imagination.

I can see how The Cuckoo’s Calling did not immediately catch fire in the way that Harry Potter did.  It is slow-paced in certain passages and it is not easy to be truly inventive within the detective genre.  I can even see how certain characters are reminiscent of their cousins over in Rowling’s children’s fiction – the bulky and awkward Strike naturally recalls Hagrid and the hyper-efficient Robin has the occasional whiff of Hermione. Still, I found this far more engaging than the more run-of-the-mill crime novels, despite its often bleak observations and grumpy protagonist, it was far less grim and grungy, being a private detective story rather than a police procedural allowed for a greater freedom in the narrative.  In short, in her Galbraith persona, Rowling has written a very promising first instalment in the adventures of Cormoran Strike, a most worthy older brother to young Harry Potter.  I will anticipate The Silkworm with great interest …

Review: The Truth About The Harry Quebert Affair, Joël Dicker