Oh Ms Shepherd, what have you done?  Foolhardy wench, wherefore didst thou anger the Harry Potter fans?  Surely you must remember the fuss they made a few weeks ago when Emma Watson and JK Rowling appeared to imply that anything other that eternal bliss awaited Ron and Hermione after the Epilogue?  It’s fairly clear that you had never read anything by Rowling, because otherwise you would know that the motto for Hogwarts School of Witchcraft and Wizardry is Never Tickle a Sleeping Dragon.  Wise advice Ms Shepherd, it might have been better for your career if you had heeded it.

I first noticed the already infamous article when a friend shared it on Facebook and clicked on it out of interest.  First of all, I was startled to see that an author whose books I had read was writing under such an inflammatory headline but what bothered me further was just how ill-thought out her argument was.  It was gobbledegook.  It was sour grapes, plain and simple.  Spite and envy and literary snobbery all rolled into one to create one of the most irrational op-ed pieces that I have ever read (aside of course from the daily vitriol spewed out by The Daily Fail).
To summarise, Lynn Shepherd thinks that if JK Rowling ‘cares’ about writing, she should ‘stop’ and let other people ‘have their turn’.  That JK Rowling’s adult books are ‘sucking the oxygen’ from the market and not leaving room for other authors.  Namely, one presumes, Lynn Shepherd herself.  Because of course, if JK Rowling were not writing, then Lynn Shepherd’s books would soar up through the bestseller charts because that’s how book sales work.  That last bit was inserted by me but I’m merely trying to follow Shepherd’s train of thought.  It’s not a pretty train.
Number one … I feel rather fatigued by the literary snobbery about JK Rowling because Harry Potter has been such a runaway success.  Yes.  It sold.  It was a phenomenon.  Get over it.  I read the first one in 1997, then got the second one as a prize at the end of primary school and from there on was so hooked that waiting for the paperback was just not possible, I had to read them as soon as they were published.  My point is, I read them, loved them and continue to reread.  They are good stories.  They entertain.  As a child and as a young adult, it was fun to theorise about what the next instalment would contain.  Is it high literature?  Does it matter?  My mother classes Gone with the Wind and The Woman in White as ‘high quality trash’ but they continue to be fantastic page-turners even after all this time.
The fact is that I loved Harry Potter and the experience and excitement of each new volume being published.  Lynn Shepherd’s lightly snide remarks about how ‘sad’ it was to see adults reading them is petty and childish.  Saying dismissively that ‘any reading is better than no reading’ but that there was ‘more out there’ is also rather pathetic.  I am reminded of the words of Daniel Pennac, a French author (yes, sometimes I read in French) who wrote what translates as ‘The Rights of the Reader’.  One of the big rights that I liked was Every reader had the right to read what they want, when they want, no matter what it is.  These words sprang to mind when I read Shepherd’s piece because how dare she say what is or is not ‘worthy’ of notice?  And without having the common courtesy to have read it? 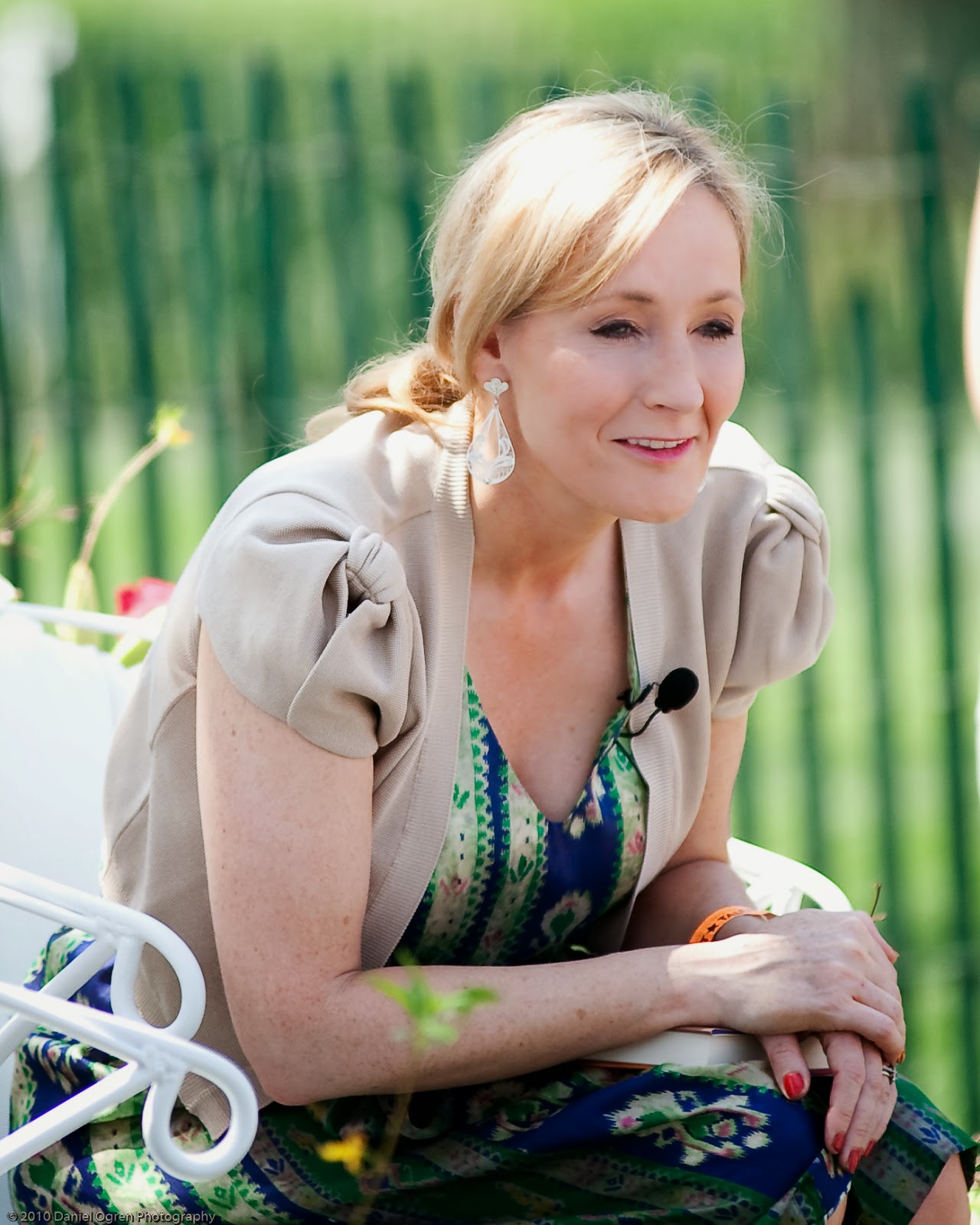 This condescension really reaches its peak however when Shepherd generously suggested that Rowling stick to the children’s market or just to write for her own amusement for ‘I would never deny you that’.  So basically, Rowling, you’re allowed to write as long as you stay away from the grown ups table.  How incredibly patronising.  She also fails to understand the most basic thing about writing – you do it because you have to, because it has to come out somehow.  More to the point, I must say that Rowling has been more than fair in how she tried to level the playing field.  I tend to believe the official line on Cuckoo’s Calling, that it was not a publicity stunt.  JK Rowling does not to have to worry about the success of her books for financial reasons any more.  It’s fairly obvious that she just wanted her book to be judged for its merits rather than for who had written it.  This is the woman who withdrew the fourth Harry Potter from the Smarties prize because she had won with the first three and thought it was fair to give someone else a go.  She lets other people take their ‘turn’, but it’s ridiculous to expect her to give up on what she loves simply because she has the audacity to be successful.  I have not read Rowling’s post Potter work but that is not the point, Shepherd should not act as if it is her place to tell her to stop writing. 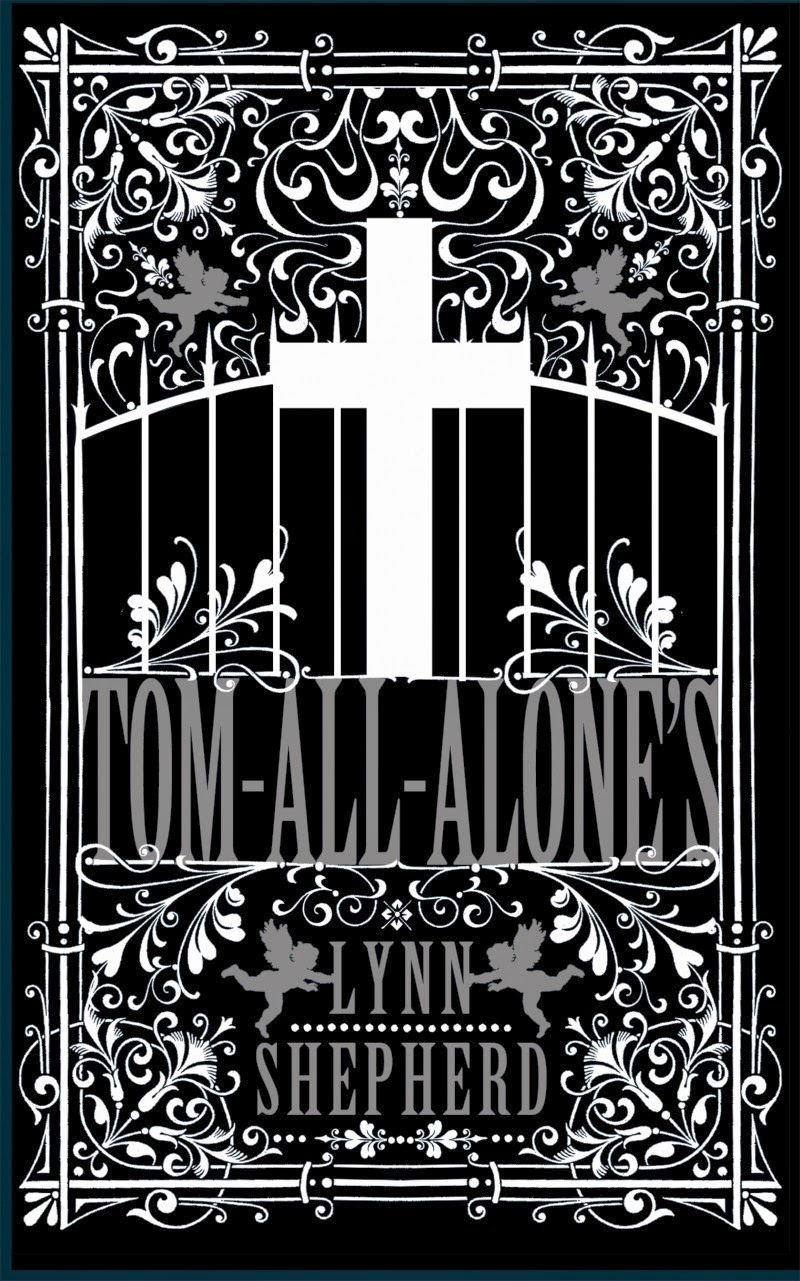 My main surprise about this article however was that it was Shepherd who had written it.  I read Tom All Alone’s a few years ago and it was an interesting enough read.  I have Murder at Mansfield Park on my Kindle because they were almost giving it away on Amazon.  Shepherd describes herself as a writer of ‘literary mystery’ which means that her ideas rely very heavily on those who have gone before her.  Her Twitter account admits that her work is ‘inspired’ by others.  Tom All Alone’s draws on Bleak House and The Woman in White, including using several passages from Bleak House almost verbatim (although with Shepherd’s own twist on events).  Murder at Mansfield Park also heavily reuses Austen’s prose.  If Shepherd is so apparently resentful of another author’s success – why is her own writing so dependent on the work of others?  I picked up Tom All Alone’s because I recognised it as the original title of Bleak House.  I would never have done so otherwise.
It would be churlish of me to claim that Shepherd has no talent as a writer, it would in fact be as petty as she herself was being towards Rowling.  The story was compelling although I did wish that she had not found it necessary to include so much paedophilia and incest, but that is my personal taste.  Her book opens with the discovery of a shallow grave containing nothing but babies and includes theories about Jack the Ripper, Shepherd is trying to walk on the wild side of Dickens’ London.  There has been a recent trend in publishing to ‘sex up’ classical literature, from Pride and Prejudice with Zombies to Jane Eyre Laid Bare and Tom All Alone’s.  Shepherd’s take on the darker side of Inspector Bucket’s world was thought-provoking.  But it was also fiction written for shock value, a genre that I rarely enjoy.
Many people have been leaving one star reviews of Ms Shepherd’s work since reading her article.  I will not be.  I will not rule out going back and finishing Murder at Mansfield Park although my To Be Read pile is vast.  However.  Several years ago, I read and enjoyed A Quiet Belief in Angels by R J Ellory.  It later came to light that he had been leaving anonymous negative reviews on other authors’ books on Amazon.  Whenever I see any of his books around, I think of this and I do not feel motivated to read anything by him again.  And whenever I see the name Lynn Shepherd on a book, I will remember this.  That she was snobbish about books that she had not read.  That she was condescending about children’s literature.  That she had the hypocrisy to demand that a successful writer stop writing because they were ‘too’ successful.  If Dickens had done the same, he would have stopped before Bleak House and then where would Shepherd be?
Share this post ...
(Visited 182 times, 1 visits today)

Girl with her Head in a Book’s Bottom 5

Discussion: How Does Your Bookshelf Grow?