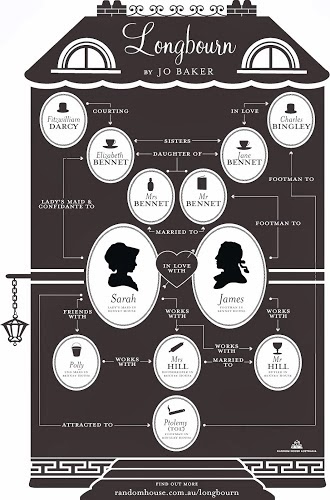 Longbourn isn’t perfect, a lot of time is spent setting up a back story for James the footman and although this part is Baker’s only independent creation, it is also the most forgettable and the ‘twist’ was something which I saw coming a mile away.  I think that despite his wider significance, James just isn’t as compelling a character as Sarah.  As a reader, just like Mrs Hill, I really wanted Sarah to find her happiness.  Yet still, as the book neared its finale, I was caught by how Longbourn had been far more of a real home to the servants than it had ever really seemed to be for the Bennets.  Sarah and Polly were two orphan girls taken in and trained by Mrs Hill and there is more warmth and affection in that most unorthodox of families than there ever seemed to be for the family upstairs.  For all that Longbourn had provided a refuge to these lonely people, they are not its owners and with three of the Bennet girls married, Mrs Hill knows that one of the maids will have to move on from such a diminished household, another point that had never occurred to me.
Having recently been given a Kindle by my wonderful godmother, I have been introduced to the world of self-published ebooks and so I stumbled across Scenes Jane Austen Never Wrote which ‘filled in the gaps’ in the narrative of Pride and Prejudice and then more bewilderingly rewrote certain scenes that Austen actually had written.  It was really odd reading a description of how Elizabeth felt reading Darcy’s letter given that I have already read the bit where Elizabeth described those feelings in the original novel.  Some of it was interesting, but more of the chapters were instantly forgettable.  Or just bizarre, such as the lengthy descriptions of Mr Collins’ extra-large cucumber … or even simply out of place such as Jane and Bingley’s pre-marital sex or Charlotte Lucas’ adultery.  Supposing that Charlotte had set herself up with a lover might be wish-fulfilment on the part of the reader who wants more for a sensible woman like Charlotte but pragmatism was at the centre of Mrs Collins’ character; taking that away from her diminishes her characterisation. 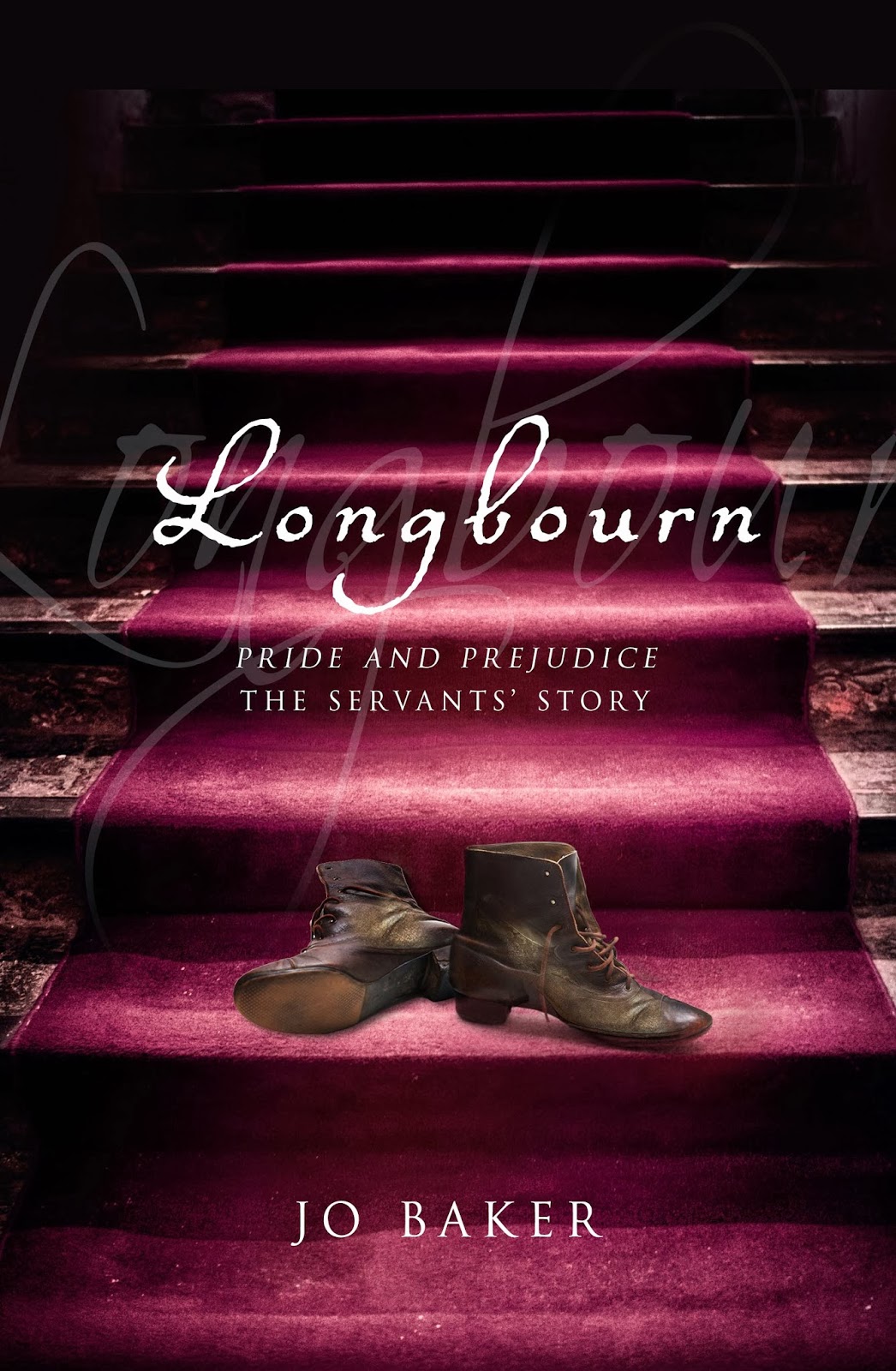 The beauty of Baker’s work is not just that she has written an excellent novel but also that she has managed it without resorting to hyperbole or stretching the narrative in any way.  We may wince when Mr Darcy scolds Sarah for having the temerity to leave her position, but we know that that is him all over and does not mean that he loves Elizabeth any less.  Baker is pursuing a personal agenda – she has family members who were in service – but she is not adding in anything that was not already there.  For me, the marker of Baker’s success is that I was so uplifted by her finale – these were characters who I had come to truly care about.  Those final glimpses of Elizabeth Bennet in her married state were tantalising but as a reader, I already felt secure in her happy ending.  What Baker has created is a story from the background, the piece from the jigsaw puzzle that I’d never realised was missing.  Perhaps it helped that Baker is already an established novelist … although it did not seem to help out PD James.  However she did it, Baker has soared far above the fan fiction category and written an excellent and truly warm companion piece to Pride and Prejudice.  Highly recommended.
Share this post ...
(Visited 392 times, 1 visits today)