I bought this book on a total whim.  Last summer, I was in the Edinburgh branch of Blackwells (one of my favourite ever bookshops) and had permitted myself to break the Book Ban so naturally spent nearly an hour picking out the ones that I was sure I wanted.  However, as I have mentioned before my To Be Read pile is fairly considerable so I didn’t actually read the thing until last month.  What I love about Blackwells is that they tend to have some really unusual books that you just don’t see in your bog-standard-corner-of-the-shopping-precinct Waterstones.  In this case, I ended up with this rather disturbing tale of Victorian squeamishness, innocence and children’s fiction …

I have read versions of Alice in Wonderland, I remember reading the Ladybird book before I even started school.  Still, somehow or other the story always left me cold.  There was something weird about it that I didn’t like, something cold at the very centre of the story – it wasn’t a fairy story, Good didn’t defeat Evil, I didn’t like Alice or indeed any of the other characters.  I am not alone in this scepticism – people have been pondering why they feel bothered by Alice since it was published.  Apparently written to entertain the child Alice Liddell and her sisters, Charles Dodgson (aka Lewis Carroll) used young Alice as his muse and took some not-so-very-appropriate photographs of her before the friendship between him and the family turned rather suddenly sour.  Gaynor Arnold explores this troubling relationship in this her second book, changing Dodgson into John Jameson and young Alice becomes Daisy Baxter.

I read Gillespie and I a couple of years ago and while the two stories share few similarities other than vague time period, when I finished After Such Kindness I was left with a similar sense of unease.  It was well-executed and was not without its uplifting moments but the basic subject matter unnerved me.  But I think that it was supposed to.  I have found myself running into this theme several times recently through my reading – there is something distinctly unsettling about the Victorians.  Look past the British Empire and Queen Victoria, the symbol of the nation and what you have is a time when innocence was fetishised and women encouraged to live as children and there was nothing – nothing – in place to protect the vulnerable from those who might do them harm.  If you think that Operation Yewtree has thrown up some disturbing questions, best not to look to closely at what was going on in the background of Victorian literature.

I was impressed by this book, by what Gaynor Arnold was trying to say.  So many of the children who pranced across an author’s imagination made bad ends – Peter Llewellyn-Davies drowned, his brother shot himself, the casualty list goes on and on.  I’ve already written about this disconcerting phenomenon when I reviewed The Children’s Book but I think that Arnold’s book is far more direct and far less didactic.  But then, Gaynor Arnold is not writing as an academic standpoint, she has worked in Child Protection.  Over the past few years, people have wondered how Jimmy Saville was able to get away with everything when his behaviour was quite so clearly sinister but equally valid questions could be raised about Charles Dodgson … John Ruskin … J.M. Barrie … Charles Dickens … Charles Kingsley …  Victorians could be creepy.

Feminists do get sneered at but the value that was placed on ignorance of the facts and risks and reality of life, on keeping women in ignorance, of preserving that state so that women were encouraged to never think for themselves and that that was apparently the ideal state – it’s appalling.  Charles Dickens idealised his virginal sister-in-law and despised his wife who bore his ten children, he wrote Dora as David Copperfield’s ‘child-wife’ but through this, these men imply that it is acceptable to have relationships where one half of the equation is not in fact a reasoning adult.  Call me the crazy feminist if one wishes but I do not hold with that.

After Such Kindness opens with John Jameson pondering how best to ingratiate himself with Daisy who at age eleven is in the last summer of her ‘pure perfection’.  Exactly.  Shudder.  The chapters alternate between John Jameson’s internal monologue as he ‘pursues’ Daisy and the other narrator, the adult Daisy who has become Margaret Constantine.  The newly-wed Margaret is ‘unsettled’ in her marriage and comes across a toy-box from her childhood which has her old diary hidden within.  There are questions in her mind that she is not sure that she wants to have answered but the memories are there waiting to be reclaimed.   Also narrating at different points are Daisy’s parents, the terribly respectable Reverend Daniel and Evelina Baxter and not everybody perceives events in quite the same way.

Of all the characters, it was Margaret who I warmed to the most, she was such a lost soul.  Troubled and missing her memories between the ages of eleven and fifteen, Margaret has been unable to consummate her marriage and in fact hid under the bed during her wedding night.  This does not seem to have been a terribly rare occurrence during this era – John Ruskin famously refused to sleep with his wife, supposedly because he was disgusted by her pubic hair.  Of course, Effie Gray had the courage and the drive to leave her marriage, bear the shame of the medical examination and get an annulment, something which Margaret knows will be more than she can stand.  Parallels can also be drawn with another of A.S. Byatt’s books, Possession, which turns on a different marriage which as remained unconsummated due to the wife’s terror of the act.  Then there are the Carlyles who seem to have simply not really liked each other (Samuel Butler commented on how good it was of God to let Jane and Thomas Carlyle marry one another and ‘make only two people miserable and not four’). 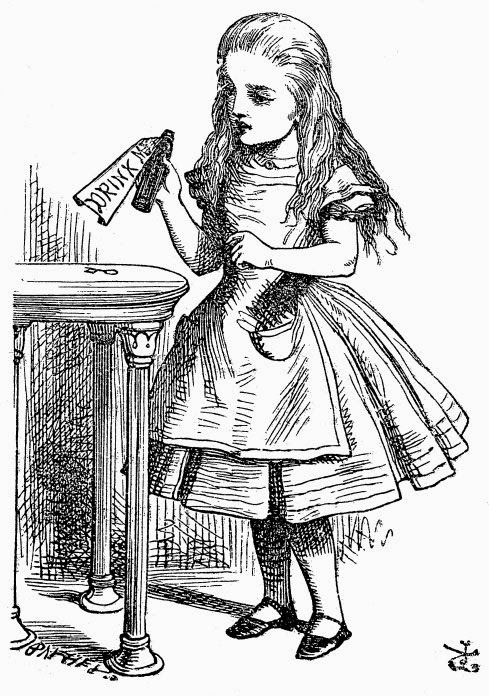 Basically, the upper echelons of Victorian society seem to have been peppered with these couples who could not bring themselves to sleep together.  It is perhaps not surprising given that women were encouraged to retain that childlike quality but it does not really make for fulfilling relationships.  Margaret seems to be bewildered by her adult state, having woken up on the lawn aged fifteen with these long limbs and a woman’s body that she could not remember growing.  As she comes to examine her own feelings, she muses that she has chosen a husband with as much thought as deciding to go on a picnic.  Still, having made her bed, Margaret obviously needs to find a way to lie in it.  It was striking how the ‘adult’ Margaret was just as powerless as the child Daisy.  Daisy had been unable to keep her adored nanny Nettie after an accident by a river and Margaret struggles to reason with her husband.  Yet still, her husband’s shock at what she suggests make very clear what the risks are of wandering from the straight and narrow.

Still, despite all of this, Arnold’s central point seems to be that no matter what something looks like from the outside, it is important not to judge on appearances.  The danger for Daisy did not come from John Jameson, but rather from someone much nearer to home.  Honestly, that has reflected my own experiences with child protection – it doesn’t necessarily look like what you expect.  Maybe Charles Dodgson was just a well-meaning but slightly creepy man who struggled to relate to adults.  His fictional counterpart acknowledges towards the end of After Such Kindness that he has his own failings that mean that family life has evaded him.  It is the other kind of predator that we must open our eyes to, the one we least suspect.

This book was a very uncomfortable read – there were times when I felt like I was reading with my inner eye screwed half-shut.  The pivotal moment when Daisy realises who she is truly afraid of made me feel actually nauseous.  Still, what saved this book for me was Nettie.  She exists in the periphery, dismissed shortly after Daisy turned eleven but appearing again in Margaret’s husband’s parish.  The warmth of her love for Margaret provides a solace and an understanding that has been absent from the rest of the novel.  Margaret discovers her old nanny living in poverty but still surrounded by children.  Margaret asks if Nettie looks after them for money and Nettie replies simply that she does it ‘for love’.  Nettie is the only character who actually seems to think about what the children she cares for actually need and Daisy/Margaret is still one of these.  That same love magically conjures all of the children out of the room when Margaret breaks down and howls out her despair in Nettie’s arms.  There is a pragmatism to her advice but that does not make her wrong.  As the book left Margaret, I felt optimism about her future, her husband was not a bad man and she had rediscovered Nettie, the only character whose kindness truly was unconditional.  It would not be easy, but she knew what she needed to do.

It occurred to me that this is effectively the second ‘spin-off’ book that I have reviewed in a row but the contrast between this and Longbourn is vast.  While Longbourn is still critical of the Bennets, there is an affection for the original that hums through it but the same is not true for After Such Kindness and Alice in Wonderland.  There is a certain distrust about that book, people still write about it and adapt it and dress up as it (I myself dressed up as Alice a couple of months ago) but as a book it does not sit easy and I think it is very likely that its troubled reputation will continue to inspire discussion as the years roll on …

One thought on “Review: After Such Kindness, Gaynor Arnold”