This was Gavin Extence’s first novel and although it was being pushed heavily by Waterstones, I held off buying it because it was in hardback so was especially pleased that it seemed to arrive in paperback only a couple of weeks later. I actually got my copy marked down in Tesco. Always an unexpected destination for bargain books. Anyway, I thought that this would be a fluffy companion read while I’m getting through by The Woman in White – I am very much enjoying the latter but even the most light-hearted semi-Gothic Victorian melodrama can get a bit much every so often – still, Alex Woods ended up giving me a lot more food for thought than I had anticipated … the blurb was misleading, but in a good way.

The novel begins with the seventeen year-old Alex being pulled over as he arrives  back in Dover.  He has been expecting something like this and to make matters worse he can feel that he has a seizure coming on.  To hold it off, he cranks up the volume of the car radio to the the Hallelujah chorus in Handel’s Messiah, really upsetting the customs officer who is trying to arrest him in the process. With the whole nation in uproar, Alex finds trying to explain the course of events over the past couple of days tricky and really – he has to go back to the very beginning.

A lot of people have compared Alex’s voice to Christopher in The Curious Incident of the Dog in the Night-Time and I can see the parallels – serious social awkwardness, semi-obsessive interest in peculiar areas, unusual home lives … but I liked Alex much, much more than I liked Christopher.  I work with autistic children and although I thought that Mark Haddon had made a fair attempt at that voice … I’m not sure.  Perhaps it was just that he made Christopher seem very selfish and although that can be a symptom of autism, there are a lot of very likeable autistic children.  Alex is more sweetly socially awkward with a sideline in unusual interests.

As noted in Alex’s police interview, he’s already a well-known national figure due to being only the second person in history to have been hit by a meteorite (Annie Hodges actually was struck by one in Alabama in 1954, look it up).  Aged ten, Alex was launched into a thirteen day coma by a meteor crashing into his bathroom.  This improbable event was predicted in the tarot cards a few weeks before by his clairvoyant single mother, who conceived him by a stranger while visiting Stonehenge.  Alex regards his mother with a mixture of mortification and resignation – I really liked Alex’s mother though … she kind of reminded me of my own Mum in an odd way.  When Alex was in his coma, his mother refused to leave the room at any point and insisted that he could hear her and although Alex insists that he had no memory of this, she merely shakes her head and looks wise.  I could completely imagine my Mum doing something like that.  Alex protests against her over-protectiveness by calculating the odds against a second strike-by-meteor but it’s clear that Alex’s problems are far from over.

Five years on, Alex takes the meteorite down from his bookshelf and parcels it up to give to the Natural History Museum, he reflects that without it he would have been a completely different person.  That piece of metal had changed his brain, given him epilepsy and altered the connections and how he perceived things.  As the reader, we don’t know what Alex was like before the accident.  Even Alex cannot be sure how far it changed him and how far things worked out as they always would have.  Alex’s musings are often very precocious but the comedy comes in the contrast between this and his clear naivete and inexperience in his interactions.

Alex’s main struggles in this area come from his trouble with the local bullies – having a clairvoyant mother was bad enough but having a seizure condition and a scar from being hit by a meteorite make him a bulls-eye target.  It is while fleeing another beating that he crashes into the greenhouse of local elderly one-legged hermit, Mr Peterson.  And there, to quote Casablanca, is the beginning of a beautiful friendship.  With the consequences that come later, the national press are quick to point out the unlikelihood of this friendship but I liked again that contrast between Mr Peterson’s cynicism, smoking marijuana and teaching Alex all about Kurt Vonnegut while Alex did odd jobs round the house to repay his debt (again, the orders of Alex’s mother).

Kurt Vonnegut is a big part of the joy of this story – I have only ever read Slaughterhouse Five and it was tremendous fun. I remember getting strange looks from friends while I was reading it, I think that they tended to think that it was some sort of slasher book when of course it’s quite the opposite. For people who have never read anything by him at all – he is one of those authors where almost every line they write is worth quoting. The quotations threaded through The Universe Versus have made me want to read more … although the fact that The Pile is now approaching fifty books To Be Read means that it could be a little while. Still, some samples have been stuck around this review to give you an idea. 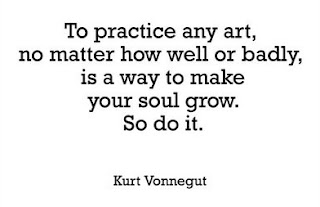 In some ways it can seem a little too neat to have Mr Peterson filling in the ‘Father’
void in Alex’s life, similarly he has his neurologist Dr Enderby (for the epilepsy) and his physicist Dr Weir (for the meteorite) on hand for advice.  Still, the quality of the writing carries it past the cliches – after all, from growing up, we all have people who have given us advice.  I loved the line when Alex describes meeting Dr Weir, aged ten – naturally he misheard her name at first.

One of the most merciless pieces of comedy comes from Alex’s descriptions of his academy school.  Very clearly following the Michael Gove inspired curriculum, its lack of creativity is baffling to the head-in-the-clouds Alex, who is constantly being upbraided for lack of vocabulary, he needs to use the ‘apposite word’.  The chapter where Alex overcomes this was one of my favourite moments of all.  Under pressure from his headteacher to explain the bully Declan Mackenzie’s latest torture, Alex ends up excluded for five days for having used ‘the worst word in the world’.  Having to explain to Mr Peterson what has happened, Alex checks that the former is aware of which word he is referring to and Mr Peterson indicates that yes, he does know.  I don’t really hold with swearing as such, it generally shows a lack of imagination or an adolescent desire to shock but in this case, I was with Alex.  The worst word in the world was also the apposite word for Declan Mackenzie.

This is in most important aspects, a coming of age story.  From losing his fear of the bullies by naming them for what they are, Alex also comes to understand Mr Peterson’s views on extending life when his dog (called Kurt Vonnegut, go figure) is hit by a car.  Rather than putting the dog through unnecessary suffering, they just put it down.  Feeling that Mr Peterson is in danger of becoming lonely, Alex sets up a book group, with a glorious poster to advertise it, “Ever wondered why we’re here? Where we’re going? What the point is? Concerned about the state of the universe in general?? THE SECULAR CHURCH OF KURT VONNEGUT: a book club”.  With light refreshments, philosophical soirees seem to bring Mr Peterson back out of himself … but alas.

Mr Peterson is diagnosed with a terminal illness.  The friendship between them is the over-riding theme of the book – he has introduced Alex to many new experiences and opened his eyes to new ideas.  He is Alex’s best friend.  It is heart-breaking when a desperate Alex refers to the news as a ‘misdiagnosis’.  He has tried so hard to make Mr Peterson happy.  But this book transpires to be about assisted dying.  As a good friend to Mr Peterson, he decides that the right thing to do is to, at the appropriate time, drive Mr Peterson to Switzerland where the appropriate steps can be made.

It is here that we can see how much Alex has grown up.  As a declared humanist, he decides that being dead is not so bad and that therefore the right thing to do is to ease the dying part.  The point that Extence makes is that while Mr Peterson had been suicidal post-diagnosis at the prospect of much suffering, with the firm knowledge of Alex’s promised assistance, Mr Peterson is able to enjoy a further sixteen months of life without having to worry.  It is a bold claim.  My personal response is that my family supports hospices, we raise money for the Marie Curie foundation – my grandfather died in a Marie Curie hospice and they couldn’t have done any more for him.  Macmillans is another excellent charity which I bake things for every year.  Still … my stepgran is an Alzheimer’s sufferer and I wouldn’t wish that disease on my worst enemy.  In all honesty – I think that I too would wish to have a friend like Alex if I were Mr Peterson.

Regardless of what your viewpoint is on the issue of euthanasia – the way that Extence portrays the process was excellent.  Armed with thirty hours of classical music for the trip, the two set out.  Where the controversy comes in is that due to Mr Peterson fracturing his wrist the night before, Alex has to break Mr Peterson out of hospital the night before.  A seventeen year-old boy breaking a terminally-ill man out of hospital is bad enough, but when they visit his mother’s shop, police discover the note Alex has left to explain things.  From here, as only the British press can, things catch fire.

This is not a book about spoilers … it’s an experience, it’s a perspective.  I read it over two days and felt surprisingly emotional when I got to the end.  Alex reads to Mr Peterson from Slaughterhouse Five with Mozart on the CD player as the old man takes the poison and I don’t know … there are far worse ways to go.  Extence never made the whole thing seem maudlin or over-emotional but the love between those two was clear.  It was not a grubby kind of relationship no matter what was implied later – this was a true friendship and Alex being enough of a grown up to do what was right for his friend, regardless of what he himself might have wanted.

The thing was though, if any one of those events in Alex’s life hadn’t happened – if he hadn’t been struck by a meteor, if he hadn’t experienced being in a coma, if he hadn’t been relentlessly bullied, if he hadn’t learnt to meditate to control his epilepsy, if he hadn’t crashed through that greenhouse – would he have been able to help Mr Peterson when he was needed?  The universe is a miraculous thing … but I was delighted to meet Alex Woods and wish him the best of luck for the future.

Review: The Fault in Our Stars, John Green

5 thoughts on “Review: The Universe Versus Alex Woods, Gavin Extence”