This book went viral over the past couple of years.  The orange cover popped up everywhere I went, the London Underground, bus stop, in cafes etc, etc.  I didn’t read it until last year which felt a little bit late to join the party but I was really glad I had.  There are lots of books which try to navigate a life-long love story, but it is certainly original to have the idea of simply checking in once a year.  Most people know the basic premise by now, Emma and Dexter meet on the night of their graduation from university and don’t quite sleep together, the book then follows them over the next twenty-odd years as they continue to cross paths and not quite get it together.

In some ways, I felt like this was the wrong book for me to be reading at this stage in my life.  I had graduated less than a year before and it is a little dispiriting to see how Emma and Dexter’s hopes and aspirations gradually give way in the face of what life has to throw at them.  Everybody leaves university with ambitions for their life but you never know where you’ll end up.  Plus as well, the moment when Emma told Dexter that “I love you but I don’t like you any more” made me a bit tearful because I’ve had a moment like that in my life too.  I remember reading The Rotters’ Club and The Closed Circle a few years before which worked with similar themes but I was a bit too young for it to bother me then.  This book is a real argument for getting it right while you can because you can’t dodge every curve ball life throws at you … but indeed, what would be the story if you could?

Lots of people complain that Dexter comes across as an unsympathetic character, but that is perhaps unfair because it seems to me that it’s a more a case of someone taking a lonnnng time to grow up – which is after all rather obnoxious but it’s more a sign of insecurity.  Dexter is a good bloke at his core and he does love Emma.  Emma really reminded me of someone I knew at university with the way she wore her Good Northerner roots so heavily – the Chip On The Shoulder is never a good look and it’s clear that this masked her own insecurity – the two of them have this in common.  I was talking to my aunt about the film that was made this year and she said that what had annoyed her was the way that Anne Hathaway had played Emma as ugly in the first part of the film and then suddenly switched to being beautiful again while my aunt believed that Emma had always been beautiful, it had just taken her a while to notice.  That is very true, I didn’t think that Anne Hathaway was anywhere near as bad as the reviewers claimed but it did make it more of a Princess Diaries style transformation rather than a woman growing in confidence and learning to dress to suit herself. 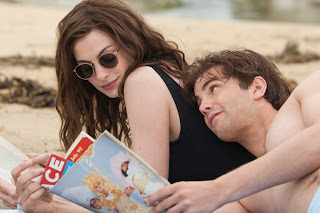 Another thing that annoyed be about the film was Ian – Emma’s boyfriend.  Romola Garai was spot on for Dexter’s wife but Rafe Spall’s Ian was just a figure of ridicule which wasn’t really fair.  Ian was so very sweet as a person and I’m really glad that he got a happy ending too – I just felt that he didn’t deserve to be so David-Walliamsesque irritating.  This was one of those books where I had a really clear idea of what everybody looked like and Rafe Spall (lovely though he is) just didn’t quite stack up.


Anyway … here I want to do what I really try not to do and that is to do SPOILERS.  Yes, I’m putting them in capitals because I know how doing SPOILERS can be really annoying but the ending is pretty harrowing so I don’t want to ignore it.  So … SPOILERS … look away now … 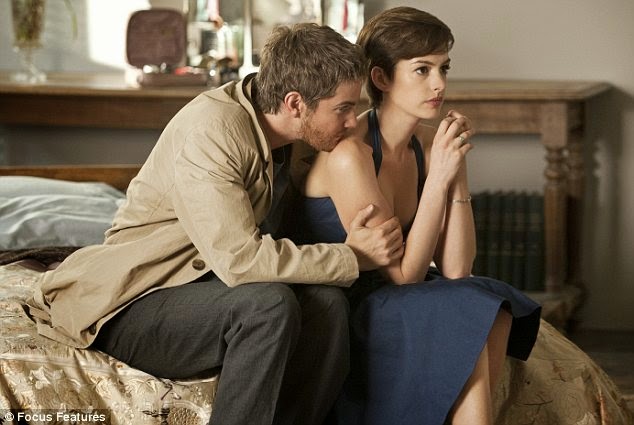 The ending really shocked me – I had somehow managed to dodge the SPOILERS myself.  I was so not ready for Emma to die.  I mean, I get why – if Nicholls hadn’t killed off one of them  then the book would have technically needed to continue through their forties, fifties, sixties etc which would have lost the pathos and emotion.  The fact that I cared that Emma had died shows that Nicholls had done his job properly … but still … it was just sad.  I read an interview with Nicholls where he remarked that while he was writing the book, two of his friends died prematurely (in their 40s) and it just struck him that these were the kinds of deaths that we are not prepared for – everybody thinks that they will have a good death if they have to die at all – let’s face it, we try not to think about it.


The interesting thing was that in the original draft, Nicholls had Emma and Dexter just starting a family at the point of her death, so that Dexter was left bringing up their child alone.  Nicholls decided against this because it felt too much like the beginning of a story when he wanted a definite end, but even he was still concerned that it seemed a little cold.  He’s right – it does.  It bothers me that Emma doesn’t get what she wanted because she really wanted a baby.  Also, I know that this probably makes me a really judgmental person but I didn’t like that Dexter was dating at the end of the book.  I know that having him suddenly decide to join the priesthood would be completely out of character but him getting together with a girl who Emma had long suspected him of having a thing for just seemed a bit … wrong.  After all that drama, I just wanted some sign that Emma had been more than just a chapter in Dexter’s life. 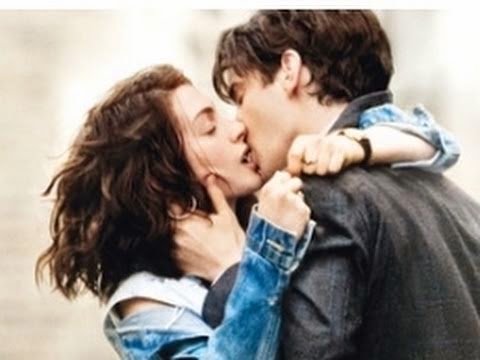 Anyway … so what does this all mean?  Emma and Dexter’s story is really about what it means to be human – we get it wrong, we mess up and we get too scared to put it right.  I guess the message might be to try and get it right as early as you can because you never know when you’re going to get ploughed off your bike … or is that meeting the right person at the wrong time can really mess you up?  Still, I loved the way that after all that misunderstanding, when asked how she met her husband, Emma proudly replied that they had grown up together.  Maybe it’s not the end result but it’s the incredible journey … again it gave me pause for thought about how various of my friendships might be in 20+ years.  Emma and Dexter had shared such a lot, no matter what the end result, they would always be together and I really really liked the way the final word of the book stopped with their first kiss.  Without getting all deep and mystical, that allowed the idea that all of their many July 15ths were happening at once, not only allowing Dexter the power of his memories but also the idea that she did still live on in a sense in him, which meant that Emma’s tragic death was less so.  I don’t know … in that respect it’s a bit like The Time Traveller’s Wife.


Moving on from my random musings about the nature of Time (I’ve been reading a lot of books that deal with that recently and I’m starting to believe it) – this is a book to love and to reread because I do think that coming back to look at it at different stages of your life would probably give you different perspectives – in covering Emma and Dexter over twenty years, there is an opportunity for twenty different rereadings depending on where we are in our own lives and in that, Nicholls has created something quite remarkable.  This book chronicles the random cruelty of fate, it is a very painful read at times but yet Emma and Dexter’s story remains above anything else, a tale of true love.

Review: All My Friends Are Superheroes, Andrew Kaufman